Rules or Engagement?: Development Implications of the Doha Round Negotiations (Part II)

Part II: Engagement with Developing Countries. This is Part 2 of a 2-part analysis of the upcoming WTO 8 th Ministerial Conference in December 2011...

Rules or Engagement?: Development Implications of the Doha Round Negotiation - Part 1

Alisa DiCaprio This is Part 1 of a 2-part analysis of the upcoming WTO 8 th Ministerial Conference in December 2011...

From the book: Southern Engines of Global Growth

China’s global expansion has led to concerns amongst other developing country exporters that they will be displaced by Chinese competition in their export markets...

Vietnam has been following China’s path closely and very successfully for the last two decades, since the adoption of ‘Doi moi’ in 1986...

The Rise of the Southern Economies: Implications for the WTO-Multilateral Trading System

The rise of the emerging southern economies – China, India, Brazil, and South Africa (CIBS) – as both economic and political actors, is having significant and far-reaching impact on the world economy...

Approaching a Triumphal Span: How Far Is China Towards its Lewisian Turning Point?

With the aid of an analytical framework of the Lewis model revised to reflect the experience of China, this paper examines the country’s dualistic economic development and its unique characteristics...

Trade Liberalization and the Self-employed in Mexico

In this paper I examine the trend in income inequality and poverty among the self-employed workers in Mexico over the last two decades (1984–2002)...

Trade-led growth, the WTO and the Developing Countries

by Basudeb Guha-Khasnobis During successive rounds of the GATT and, since 1995, the WTO regime, the world community has been trying to move towards freer trade...

Cancun, the WTO and Developing Countries 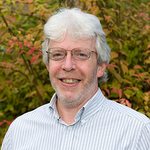 by Oliver Morrissey I had the privilege of being interviewed by the Finnish TV news agency when I was in Helsinki for the World Institute for Development Economics Research (WIDER) conference on Sharing Global Prosperity (5-7 September 2003)...

by Cecilia Ugaz and Catherine Waddams Price How have consumers fared from the sale and introduction of competition to the traditional ‘public utilities’ (electricity, water, telecommunications, etc) in Latin America?...