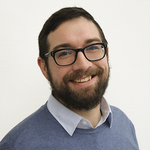 UNU-WIDER was among the first to challenge IMF orthodoxy on macroeconomic stabilization...

UNU-WIDER at 35: Letter from the Director 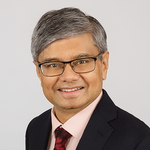 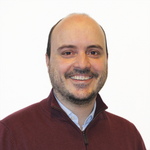 On 25 October 2016, the Inclusive Growth in Mozambique project brought together key actors in macroeconomic policy management from the Ministry of Finance, the Bank of Mozambique, and Mozambican academia...

From the book: Growth and Poverty in Sub-Saharan Africa

Celebrating 30 years of research for development

The celebration of the 30 th Anniversary of UNU-WIDER presented the ideal opportunity to look back, take stock, and plan ahead...

Development Finance: The Role for Aid in Africa

Aid’s future, its history, and its impact were the topics of a policy workshop held by UNU-WIDER in co-operation with the Embassy of Denmark in Dar es Salaam on 8 June ...

And so we come to the summer Angle . We have just passed the longest day (midsummer) in Helsinki, with 19 or so hours of daylight...

How Can Governments Better Respond to Global Food Price Fluctuations?

Much of UNU-WIDER’s research in the last few years was initiated under the 2010-13 work programme on the triple crisis of finance, food, and climate change. The financial crisis from 2008 onwards has received massive worldwide attention...

New patterns of structural change and effects on inclusive development: A case study of South Africa and Brazil

This study explores the question of structural change and inclusive development in South Africa and Brazil... 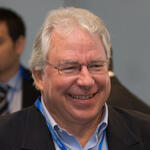 16 December 2014 John Page On 20 November 2014 the United Nations celebrated the 25th Africa Industrialization Day. But perhaps ‘celebrate’ is not exactly the right word...

The Practice of Industrial Policy – Lessons for Africa: Co-ordination Through an Asian Lens

Policy Co-ordination and Growth Traps in a Middle-income Country Setting: The Case of South Africa

South Africa has exhibited tepid economic growth over the past twenty years as well as high levels of income inequality characteristic of a middle income country growth trap...

Financial Reforms and Falling Inequality in Latin America, 2002-2012: Are They Connected?

Rising Inequality – How to Reverse It?
by Annett Victorero, Dominik Etienne
October 2014

30 October 2014 Dominik Etienne and Annett Victorero The last decade has witnessed a revival of concern over the impact of high-income concentration on economic development and wellbeing...