Tax and development - What can we learn from the Finnish experience?

Side event of the WIDER Development Conference, Public economics for development

This seminar aims to present the 'Finnish development narrative' with a focus on the interlinkages between taxation, transparency of public financing, service delivery, and the evolving social contract between the state and its citizens and examine the relevance of the Finnish experience from the Mozambican perspective. The seminar is held in collaboration with the Embassy of Finland in Maputo, the Ministry of Economy and Finance (MEF), and the Tax Authority (AT) of Mozambique, following the WIDER Development Conference, Public economics for development, held 5-6 July 2017. 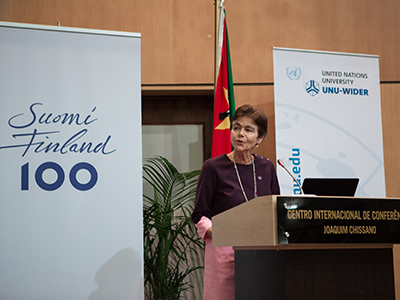 Finland's development since independence in 1917, from a relatively poor agrarian economy to one of the world’s most developed countries today, with equal income distribution and high public trust in state institutions, is widely recognized.

An efficient and progressive taxation system is considered to have been an important driver for Finland’s transition, as it has served to both balance income distribution and to finance public service delivery. The tax system been considered, in general, just and equitable by the tax payers, which reflects the strength of its social contract between the state and the citizens and a trust in public institutions. Tax payers think that they get the public services they pay for. 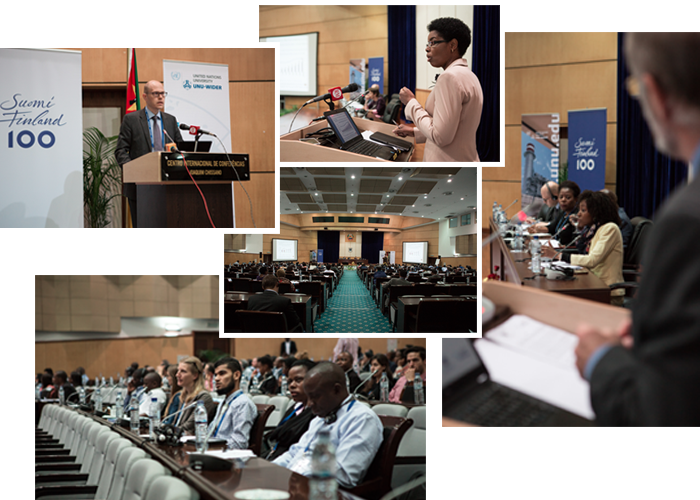 While external assistance has been significant for Mozambique's development after independence in 1975, in recent years domestic revenue mobilization has played an increasing role in financing public expenditure. Revenues generated from exploitation of the country's natural resources, together with the improved capacity of Mozambique's tax authority to collect tax revenues, account for the positive trend of decreasing aid dependency.  Yet, strengthening the tax systems and ensuring transparency in the use of tax revenues for inclusive and sustainable development remains a challenge. In the best case scenario, the use of revenue for efficient, high-quality public service delivery will contribute to enhancing the trust of the citizens in public institutions and to building a strong social contract between the state and its citizens.

Embassy of Finland in Maputo

Ministry of Economy and Finance of Mozambique

Photos - Tax and development - What can we learn from the Finnish experience?