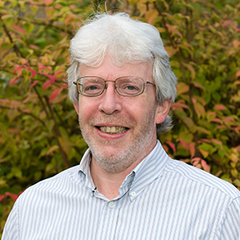 Professor Morrissey’s primary research interests lie in aid policy (especially fiscal effects and conditionality), trade policy reform (including impacts on agriculture and on households), taxation, agricultural production, and labour markets — all with a focus on sub-Saharan Africa. He has published some 80 articles in international journals, co-edited eight books and contributed to over 50 edited volumes. He has conducted many commissioned studies, e.g. on trade (for Commonwealth Secretariat, DFID, DGTrade, FAO and World Bank), aid (DFID, World Bank), and on global public goods (World Bank, UNIDO).

African countries raise lower amounts of tax as a share of national income (GDP) than other countries. Researchers are interested in understanding why this is the case...

What are the drivers of tax capacity in sub-Saharan Africa?

There is limited research on the underlying institutional framework of tax policy and capacity: how tax collection efficiency changes over time and the importance of institutional factors in this process...

Diversifying income sources is an important livelihood strategy for households in low-income countries. Having several sources of income helps in increasing total income, and in spreading the risks...

This paper uses three waves of Tanzanian National Panel Surveys (2008/09, 2010/11, and 2012/13) to construct a panel from 3,676 households that appear in at least two waves to explore the effect of income diversification on household welfare measured...

Aid is not dead: The latest evidence on the effectiveness of ODA

The death of aid has often been declared, and private capital flows as well as earnings from natural resources now far exceed official development assistance (ODA) in aggregate...

Fiscal Reforms and the Fiscal Effects of Aid in Uganda

The Macroeconomics of Aid: Overview

Much criticism of aid rests on no evidence at all, on out-of-date studies (many of which are methodologically weak) or on a misunderstanding of causation and country context...

The paper investigates the differences in private marginal returns to education between wage-employees and the self-employed in Uganda, using the Mincerian framework with pooled regression models...

A dynamic relationship between foreign aid and domestic fiscal variables in Uganda is analysed using a cointegrated vector autoregressive model over the period 1972-2008...

This paper employs a cointegrated vector autoregressive model to assess the growth effect of aid in Uganda over the period 1972-2008...

Aid and Government Fiscal Behaviour: What Does the Evidence Say?

Donors are concerned about how their aid is used, especially how it affects fiscal behaviour by recipient governments...