This year marks the 50th Anniversary of the European Economics Review (EER), making it one of the oldest general-interest economics journals in Europe. As part of the celebrations, the journal has announced two Editor’s Choice Articles and a selection of Most Cited Articles.

The UNU-WIDER study Technology transfers, foreign investment and productivity spillovers co-authored in 2015 by Carol Newman, John Rand, Theo Talbot and Finn Tarp is one of two articles listed as an EER Editor’s Choice. 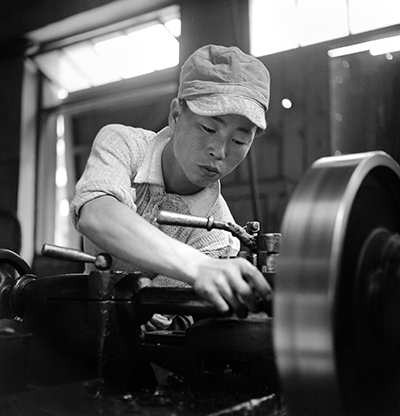 The paper elaborated within the context of the UNU-WIDER project Structural Transformation and Inclusive Growth in Vietnam explores the productivity gains attributable to foreign direct investment through technological spillovers. The authors rely on panel data from a specially designed survey of over 4,000 manufacturing firms in Vietnam covering 2009–2012. Their results provide evidence for positive indirect productivity spillovers from foreign direct investment firms in downstream sectors.

The EER editor responsible, Professor Isabelle Mejean from the Center for Research in Economics and Statistics in France, highlights in the EER announcement the current relevance of the study following the increasing fragmentation of production processes in developed and emerging economies.

The EER Editor’s choice article remains, more than four years after publication, in second position on the journal’s current list of most downloaded articles in the last 90 days.