Over the last decade, organized crime has resulted in record levels of violence, producing across many contexts causing as many casualties and insecurity as direct armed conflict. Although criminal organizations do not seek to directly challenge the state, they are directly affecting governance and the lives of those living in countries permeated by criminal activity. This session will discuss the politics of criminal governance, how communities are shaped by criminal actors, the inadvertent effects of state policies aimed at reducing criminal activity and what governments can do to effectively reduce violence and to which extent such policies can effectively counter criminal organizations.

Anke Hoeffler is a Professor of Development Research at the Department of Politics & Public Administration at the University of Konstanz. In June 2018, she was offered an Alexander von Humboldt Professorship, Germany’s most valuable international research award. Before coming to Konstanz, she was a research officer at the Centre for the Study of African Economies (CSAE) at the University of Oxford. She holds a Diploma in Volkswirschaftslehre from the University of Würzburg and an MSc in economics from Birkbeck College, University of London. 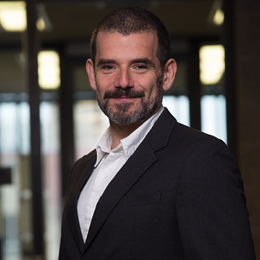 Benjamin Lessing is Associate Professor of Political Science and Director of the Center for Latin American Studies at the University of Chicago. His first book, Making Peace In Drug Wars (Cambridge University Press, 2018), examines armed conflict between drug cartels and the state in Brazil, Colombia, and Mexico. His second book, Criminal Leviathans: How Gangs Govern From Behind Bars, argues that mass incarceration and drug repression have not only expanded the criminal domain, but helped organize it, fostering criminal shadow-governments in prisons and urban peripheries that simultaneously defy and undergird the modern carceral state.

Santiago Tobon is a Visiting Professor at the University of Chicago Harris School of Public Policy, and a Professor of Economics at Universidad EAFIT in Medellín, Colombia. He is also affiliated with Innovations for Poverty Action—IPA, Evidence in Governance and Politics—EGAP, J-PAL's Crime and Violence Initiative (as an invited researcher) and Households in Conflict Network—HiCN. He is a developing economist with a special interest in crime, violence, organized crime, and public policy. He uses experimental, quasi-experimental, and qualitative methods. 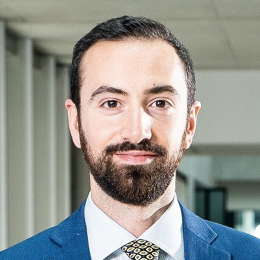 Gianmarco works as Assistant Professor at University of Milan and as Executive Director of the CLEAN Unit on the economics of crime at Bocconi University. His research focuses on topics like organized crime, political accountability and corruption.

Andrés Villamizar Pachón is a Colombian economist and politician. He has been a candidate for the Chamber of Bogotá and was the first director of the National Protection Unit, and is currently the Secretary of Security and Justice of Cali.