Parallel session
Recovery and beyond

While the pandemic had an immediate and disproportionate negative impact on the livelihoods of most informal workers, it has been widely assumed that their livelihoods would recover once the initial government restrictions were lifted and the lockdowns were eased.  But the recovery of the livelihoods of informal workers has been constrained by their lack of money to invest, increased levels of debt, the lack of purchasing power of their customers and the breakdown of the supply chains in which they operate. Accordingly there is now a need to re-think the type of recovery which will include the majority of the world's workforce.

In this session, panelists and discussants will examine how economic recoveries are planned or unfolding in various contexts and the implications that they have for informal workers. In addition, a key component of the recovery process, social protection, has reinvigorated debates in a number of contexts. Part of the discussion in this session will aim to distill some of the lessons for social protection, broadly conceived, that have arisen from the COVID-19 crisis.

Session convened by UNU-WIDER and WIEGO 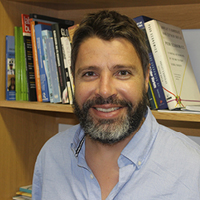 Michael Rogan is a research associate in the Urban Policies Programme of the global research-policy-action network Women in Informal Employment: Globalizing and Organizing. He is based at Rhodes University in South Africa where he is an Associate Professor in Economics and Economic History and a member of the Neil Aggett Labour Studies Unit. 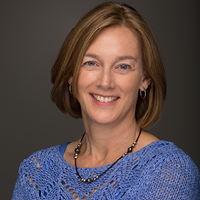 Sally Roever is the International Coordinator at Women in Informal Employment: Globalizing and Organizing, a global research-policy-advocacy network focused on securing livelihoods for the working poor, especially women, in the informal economy. Sally holds a PhD in political science from the University of California at Berkeley (2005) and has trained in quantitative methods at the University of Michigan (2001). 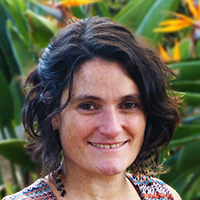 Laura Alfers is the Director of WIEGO's Social Protection Programme and a Research Associate in the Neil Aggett Labour Studies Unit at Rhodes University in South Africa. She is a member of the Advisory Committee of the International Social Security Review, co-editor of the Handbook of Social Policy and Development, and is currently co-editing a volume on social contracts and informal workers in the global South.

Professor Harriss-White’s research interests have developed from the economics of agricultural markets to India’s socially regulated capitalist economy and corporate capital; and from the malnutrition caused by markets to many other aspects of deprivation: notably poverty, gender bias and gender relations, health and disability, destitution and caste discrimination. She has a long term interest in agrarian change in southern India and has also tracked the economy of a market town there since 1972.

Jayati Ghosh is Professor of Economics at the University of Massachusetts at Amherst, USA. She has a wide range of research interests, including globalisation, international trade and finance, employment patterns in developing countries, macroeconomic policy, issues related to gender and development, and the implications of recent growth in China and India. She has authored and/or edited a dozen books and more than 160 scholarly articles.

Jan Breman is Professor Emeritus of Comparative Sociology at the University of Amsterdam since 2001 and continues his academic work as Honorary Fellow at the International Institute of Social History in Amsterdam. He was awarded the degree of doctor honoris causa by the International Institute of Social Studies in The Hague in 2009 and by The School of Oriental and African Studies, University of London in 2013. His latest books include On Pauperism in Present and Past (Oxford University Press 2016), The Social Question in the Twenty-First Century, A Global View (Jan Breman et al., University of California Press 2016) and Capitalism, Inequality and Labour in India (Cambridge University Press 2019/20).