In her keynote address, Ingrid Palmary will discuss how global influences shaped the development of South Africa’s anti-trafficking legislation (Prevention and Combatting of Trafficking in Persons Act no. 26715, 2013). The issue of international influence in policy-making and civil society activism has become increasingly politicized in South Africa in recent years. In her recent work with colleagues Palmary has mapped the influences on the South African TiP Act and how they shaped the passing of the Act as well as the form that it took. Of course, the idea that policy-making takes place only at a national level needs some unpacking, and in her address she will give attention to the case of migration policy-making which has taken place amidst complex and unequal global relationships. 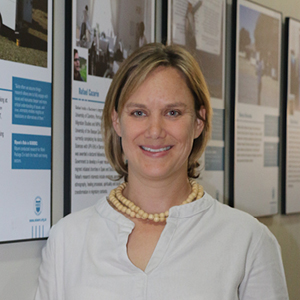 Ingrid Palmary is a professor and academic director of the African Centre for Migration & Society at Wits University, South Africa. She joined Wits in 2005 after completing her PhD (psychology) at Manchester Metropolitan University, UK. Prior she worked at the Centre for the Study of Violence and Reconciliation as a senior researcher. Her research has been in the field of gender, violence and displacement. She has published in numerous international journals and is the co-editor of several books.

Palmary's early research focused on women's engagement with political transition and armed conflict in South Africa and the Great Lakes Region. Since then she has conducted research on critical perspectives on sex work and trafficking, claims brought on the basis of gender-based persecution in the asylum system, the tensions between political and domestic violence and gender mainstreaming in development work. Over 20 postgraduate students have been involved in these research programmes.