Plenary session
Republic of beliefs: A new approach to law and economics

Traditional law and economics, often referred to as the ‘neoclassical approach’, has delved into many important real-world topics, from competition policy, through environmental regulation to the control of corruption. The lecture will begin with a short account of these, including conventional antitrust laws, and the challenges posed by recent technological advances and the rise of digital technology.

Despite the subject’s importance, the failures of this discipline are also many and nowhere is this as visible as in developing economies, as I learned the hard way when I was adviser to the Indian government. A common problem is that the laws are often fine on paper but poorly implemented.

One reason for the flawed design of our laws and their subsequent poor performance is a flaw in the foundations of the neoclassical approach to law and economics. This lecture asks the obverse question: Why are laws implemented so well in some nations, since laws are nothing but some rules and commands written down on paper? Why should some words written on paper change the way people behave? In answering this question, we get to review some of the early ideas of legal theorists and philosophers and end up with a new way of doing law and economics, which uses elementary game theory and is called the ‘focal point approach’ to law and economics. The focal point approach shows that the power of the law resides ultimately in the beliefs of ordinary people. This new approach avoids the deep contradictions that underlie the neoclassical approach and provides us with a much more consistent and richer method of analysis and policymaking.

It is argued that this approach can be marshalled to address some of the most pressing policy challenges, especially in emerging economies, more effectively. The lecture will illustrate these arguments with some real world examples.

Plenary 1 | Keynote: Republic of beliefs: a new approach to law and economics

Keynote | Republic of beliefs: a new approach to law and economics by Kaushik Basu

Opening by Finn Tarp and welcoming address by Anne-Mari Virolainen 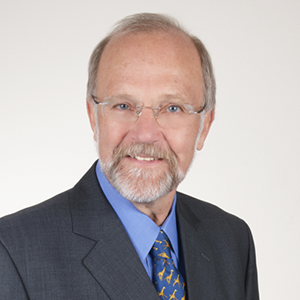 Finn Tarp is the Director of UNU-WIDER and Professor of Economics at University of Copenhagen. His field experience covers more than two decades of in-country work in 35 countries across Africa and the developing world more generally. Professor Tarp research focus is on issues of development strategy and foreign aid, with an interest in poverty, income distribution and growth, micro- and macroeconomic policy and modelling, agricultural sector policy and planning, household and enterprise development.

Anne-Mari Virolainen is the Minister for Foreign Trade and Development, Government of Finland. Before assuming her ministerial role, Ms Virolainen has held various key positions in the Finnish government, including chairing the Grand Committee of the Parliament. She has represented Finland Proper in the Parliament of Finland since 2007.

Kaushik Basu is Professor of Economics at Cornell University and Nonresident Senior Fellow at the Brookings Institution. He is the former Chief Economist and Senior Vice President of the World Bank. Professor Basu is a Fellow of the Econometric Society and received the title Padma Bhushan which is one of the highest civilian awards given by the President of India. Professor Basu’s contributions span development economics, welfare economics, industrial organization and game theory.

Satu Santala is the Director General of the Department for Development Policy in the Ministry for Foreign Affairs, Government of Finland. In addition to her role as Director General for the Department of Development Policy, Satu Santala is also Finland’s IDA Deputy for the World Bank. Prior to her current role in the Ministry for Foreign Affairs, Ms. Santala was Executive Director from Finland at the World Bank, where she represented Denmark, Estonia, Iceland, Latvia, Lithuania, Norway and Sweden.