This WIDER Development Conference Special Session will commemorate the life and work of Professor Benno Ndulu, Chair of the Board of UNU-WIDER, who passed on 22 February 2021 in Dar es Salaam, Tanzania.

The panel will recall his many contributions as an international leader in academic research for African and global development, his key role in bringing top-quality policy, research, and practice together, and his outstanding performance as an institution builder and Executive Director of the AERC. Moreover, the panel will pay homage to him as a treasured mentor, deliberating on his legacy in the Tanzania economics community 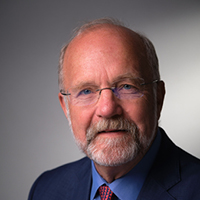 Finn Tarp is Professor of Development Economics at the University of Copenhagen and a Non-Resident UNU-WIDER Senior Research Fellow. He has more than four decades of background in the nexus between development research, policy and practice and a considerable international academic reputation. He was Director of UNU-WIDER (2009 to 2018), and his field experience covers more than two decades of in-country work in 35 countries in the developing world. 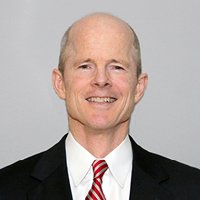 Stephen O’Connell is Gil and Frank Mustin Professor of Economics at Swarthmore College and was Chief Economist of the United States Agency for International Development (USAID) in 2014 and 2015. He has published widely on macroeconomic policy and growth in Sub-Saharan Africa and was co-editor of the African Economic Research Consortium’s two-volume study The Political Economy of Economic Growth in Africa, 1960-2000. Njuguna Ndung'u is the Executive Director of the African Economic Research Consortium based in Kenya. He is the immediate Governor of the Central Bank of Kenya, and he has previously held positions at the University of Nairobi, the International Development Research Centre (IDRC), and the Kenya Institute of Public Policy Research and Analysis (KIPPRA). Prof. Ndung'u has extensive policy, research, and teaching expertise in macroeconomics, microeconomics, econometrics, and financial development.

Ernest Aryeetey is the Secretary-General of the African Research Universities Alliance, a network of 16 of Africa’s flagship universities. He is a Professor of Economics and former Vice Chancellor of University of Ghana (2010-2016). He is Chair of the Board of the AERC and was also previously Director of the Institute of Statistical, Social and Economic Research (2003-2010) at University of Ghana and the first Director of the Africa Growth Initiative of Brookings Institution, Washington DC. 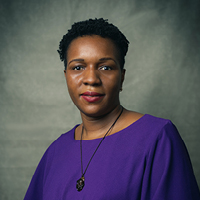 Blandina Kilama works as an Economic Advisor to the President of United Republic of Tanzania. She has experience in research, training, management and policy analysis.  She has done analytical research around welfare measurements, economic transformation, women empowerment, financial inclusion, value chains in   agriculture and SDGs. She previously worked at REPOA, a policy research institute and was the CEO of the Economic Society of Tanzania.