The prevailing narrative about growth and development in Africa has shifted dramatically. During the1980s and 90s pessimism abounded. Today, a more optimistic narrative of development in the region largely reigns. However challenges still remain. In particular structural transformation has been slow in much of Africa, and while jobs have been created many of them are insecure and underpaid. It is important then to ask, given this new landscape, how foreign aid can now be best directed to create secure, well-paying, good jobs.

The over-riding jobs challenge for Africa is not unemployment but a lack of good jobs. The majority of the poor work in low paid and insecure jobs in the informal sector

A lack of positive structural change

The manufacturing sector remains weak across Africa. Indeed, whilst there has been a relative shift of workers out of the lowest productivity sector (agriculture), employment has grown fastest in the services sector where much of the activity is informal in nature and low productivity. Some question whether Africa’s recent growth can be sustained.

There is also a direct connection between relatively slow rates of poverty reduction in the region and the absence of positive structural change. The elasticity of poverty reduction with respect to the overall rate of per capita income growth has been low in Africa. This is because the overwhelming source of falls in poverty has been within-sector income growth in agriculture. In some countries growth-reducing structural change even worked to increase poverty, as households moved from higher to lower productivity sectors. Consequently donors must focus attention on raising agricultural productivity, closing the (rural) infrastructure gap, and raising skills and capabilities of firms. 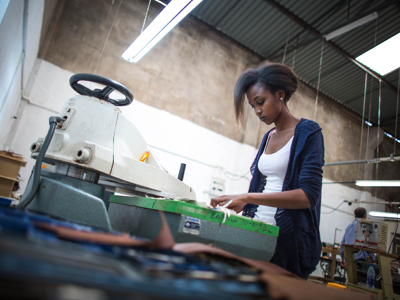 There are not enough good jobs in Africa

The apparent weakness of positive structural change limits the capacity of African economies to generate enough employment in higher productivity sectors to provide good jobs to the African population. Yet, expectations about a better life are rising rapidly among young Africans. If this challenge is not effectively addressed it will create a backlash that is dangerous for both the African region and beyond.

The over-riding challenge of most poor people in the world is not unemployment; rather, it is the lack of good jobs. Taking this into account, a number of specific recommendations can be made: 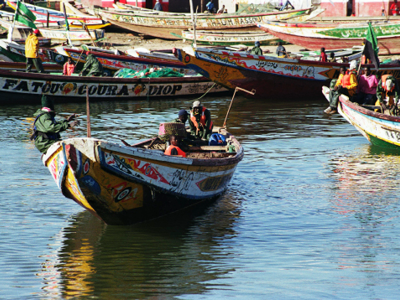 i Targeted job creation or workfare programmes can help the poorest.

ii Investment in labour market information systems is unlikely to be very useful in the context of deficient demand for wage labour.

iii Effective interventions are likely to be those that help raise the productivity of the self-employed.

The informal sector should not be forgotten

In Mozambique, informal jobs in the services or manufacturing sectors appear at least as productive as wage jobs once given endowments and local conditions are controlled for. That is, the counterfactual of switching workers into formal wage work is not expected to yield substantial welfare gains for workers already engaged in non-agricultural activities. A key policy implication is that there should be a focus on raising productivity within agriculture as well as in other areas of informal employment.

We must also discuss the basis for targeting the majority of foreign aid funding for private sector development toward micro- and small-enterprises. Small firms pay persistently lower wages and have a much higher rate of employment turnover. There is nothing especially magical about small enterprises and they should not be the exclusive target for aid programmes aimed at creating good jobs. 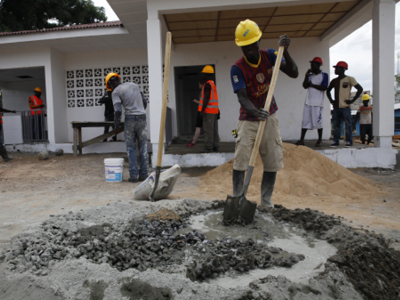 Instead donor support should be directed to addressing Africa’s infrastructure deficiencies and to building firm capabilities (for all firms), such as by providing basic management training.

Aid projects in the productive sectors appear to have been successful in supporting employment growth. But they need to be scaled-up

Further, projects in the production sectors have typically generated more jobs than those in other areas. As a result, it is recommended that a larger share of development aid is allocated to these areas.

Given the importance of jobs, and particularly good jobs, to the reduction of poverty, support to growth-enhancing structural change and employment creation is becoming increasingly important, both for donors and recipients of foreign aid.