One of the most pressing goals of development aid is the alleviation of poverty. One key way in which poverty reduction can be achieved is by helping the working poor to earn more in the labour market. This method of poverty reduction is underemphasized and there are a number of policy options that should be considered by those wishing to adopt it.

Poverty and the labour market

It is an oft-repeated truism that the only asset of poor people is their capacity to labour. They have as much of this capacity as anyone else, but are poor because they are compensated very little for their labour, or because they are unemployed and earn nothing. Clearly then it is important to to focus on helping the poor earn the money necessary to move up and out of poverty. 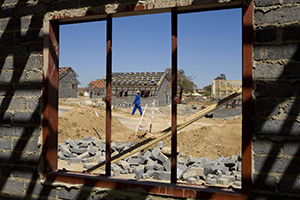 The International Labour Organization’s estimate that there are around 200 million unemployed people in the world, but over 900 million working people are earning too little to achieve a standard of living of US$2 a day. This, alongside the fact that unemployed people are found disproportionately in high-income countries, leads to the conclusion that while promoting employment is important, the greater development challenge is to generate higher earnings for those who are already working.

Having established the importance of helping the poor earn more in the labour market, it is important to look at the mechanisms through which this can be achieved. Five mechanisms are worth highlighting: 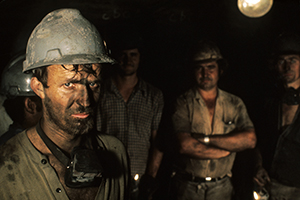 Having looked at a number of policies that could help raise the labour market earnings of the poor it is important to consider how governments and aid organizations should choose between them. Three questions should be asked about any proposed policy. First, will the policy actually help poor workers? Second, how cost effective is the policy? Third, is the policy not only good but better than any alternative policy? The last question is one that is often missed by governments and development practitioners. All too often a policy is undertaken because of its predicted benefits, without considering whether the benefits of another policy would be greater or what the costs of alternative policies are.

Answering these three questions will not always be easy, but this is no reason to ignore them. When evaluating a policy proposal researchers and policy makers alike should be clear on which objectives the policy is trying to achieve: what economic criteria can be used to judge success; what model of the labour market the policy assumes; and what is the empirical evidence that favours that view of labour market functioning over any other.

There are a number of areas into which more research needs to be done. In particular there is a need for greater understanding about how exactly growth affects the labour market. Does economic growth provide more and better job opportunities to poor workers? Or does it primarily benefit those who already hold political and economic power?Research is also needed to ascertain how exactly labour markets work in developing countries. As already noted, for successful policies to be formulated good models of the labour market are required.

Despite the uncertainty about the best method of improving labour markets for the poor, doing so should clearly be a priority for governments and development organizations interested in alleviating poverty. There are a number of ways that this can be achieved, from promoting growth, trade, and the private sector, to intervening to create more paid jobs and increasing the returns to the self-employed. A focus on theoretically sound models, appropriate empirical observations, and the exact goals of a policy should help governments and development partners to formulate specific policies aimed at achieving the same goal.