Research Brief
Analysing the spread of education and healthcare in Asia

The transformation of Asia’s education and health systems over the last 50 years has been breathtaking and unprecedented in human history. There are some central features of this transformation that clearly stand out.

Over the last 50 years, all Asian countries have been able to expand citizen access to education and healthcare in an unprecedented way

Countries with less political fractionalization, with stronger ability to commit to decisions made and with greater state capacity will catch up faster than other countries

While the gap between countries is narrowing, access to healthcare and education is still uneven within most countries

Finally, within most countries, access to education and healthcare has been uneven, with disparities emerging between more and less prosperous regions, between rural and urban areas, and between rich and poor households over the decades. In education, four countries stand out for their strong performance: Korea , Singapore, Vietnam, and Sri Lanka. The weakest performers include Afghanistan, Cambodia, Lao PDR, Pakistan, and Myanmar.

When it comes to the delivery of healthcare services the top performers are Singapore, Korea, and Thailand. The weakest performers are Afghanistan and Pakistan. 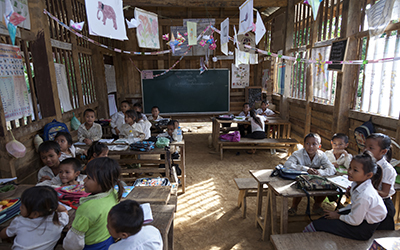 The spread of social services has therefore been also very much a function of the priorities and capacities that reflected the nature of the state.

Using a taxonomy of states helps to understand the relationship between the nature of the state and how it impacts the spread of education and health services. Asian countries can be divided into four categories:

The state combines exclusive political institutions — authoritarian regimes or states lacking political competition — with socioeconomic institutions that are inclusive, promoting equality within the state. Countries with such states experience a rapid pace of social development. Examples are China, Malaysia, Singapore, Thailand and Vietnam.

Both political and economic institutions are inclusive in the state. Countries with such states experience rapid social development. Examples are Japan, Korea , Taiwan, and Sri Lanka.

The state combines inclusive — democracy and human rights-driven — political institutions with economic institutions that are exclusive and prone for particularism.  Countries with such states experience a relatively slow pace of social development. Examples are Bangladesh, India, Indonesia, Lao PDR, Mongolia, Nepal and the Philippines.

Both political and economic institutions are exclusive. Countries with such states are likely to see a very slow pace of social development. Examples are Cambodia, Pakistan, and Myanmar. 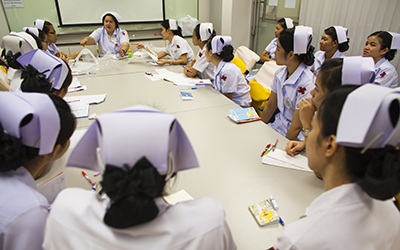 Afghanistan and Nepal are the poorest countries in the region and heavily aid-dependent. The high allocation to education and health services in these countries reflects donor priorities rather than the character of the state. In Indonesia, the high allocation for education started with policy reforms in 1975, during the Suharto regime, when Indonesia was a hard developmental state, not the soft state it is today.

Japan has already reached the ceiling at over 12 years of schooling per child, and it is also the second richest country in the region. At this high level of income the relatively low share of public expenditure allocated to education is adequate to maintain the high education standards it has already achieved.

It is likely that inclusive and hard developmental states — China, Malaysia, Thailand, Sri Lanka, and Vietnam — will catch up over the next decade or so. They will be followed by soft developmental states. Countries with little political fractionalization, strong commitment ability and high level of state capacity will catch up faster than the others. The predatory states are likely to be the last to offer comprehensive social services to their citizens.