The failure of development aid to Afghanistan

Over the last decade, Afghanistan has absorbed roughly the equivalent of the global annual flow of all other development assistance combined. While these funds have produced some gains, few would claim that this money has led to the hoped-for results. Many analysts now expect the Afghanistan experience to be an example of failure in state-building.

Falling into a ‘capability trap’

Development programmes often create incentives for developing countries to adopt ‘best practices’ in laws, policies, and practices which generally look impressive on paper, but which are unlikely to fit into particular country contexts and often do not ultimately improve state performance. This pattern is known as a ‘capability trap’.

There are three characteristics of a capability trap, all of which appear to be present in the case of Afghanistan. First, state institutions are highly dependent on external technical support in order to meet the high standards of international best practice. Second, the state is highly dependent on external financing. Third, the policies and their implementation are not necessarily supported by a critical mass of the population. 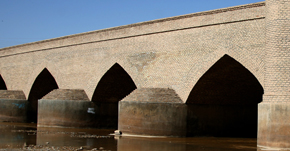 Examples of the trap in Afghanistan

There are a number of specific examples of the capability trap in Afghanistan. First is the Afghan National Army. After the formation of the new army began in 2002, Western trainers put in place procedures to vet appointments and to maintain an ethnic balance within the army. These measures had an impact, but key figures within the ministry maintained influence over appointments and establish factional networks within the army. Soon no one knew what the real capabilities of the  army were, or how effective civilian supervision would be in the absence of foreign armies in protecting the ruling elite.

A second example is the case of a US programme to train  Afghan police. After an effective but lengthy training programme produced too few officers, the Americans shortened the training programme in order to boost numbers. Only eight years later was it recognized at the highest levels that numbers were being placed above quality. This same dynamic is also seen in other sectors.
The factors leading to weak institutions
In Afghanistan, four main factors have contributed to the lack of robustness of the institutions:

The consequences in Afghanistan

There are four main factors that explain the failure of reforms in Afghanistan. First, the formal rules that have been established to replace the old way of doing things are only half implemented, while deviations from the official course are hidden from the public eye. This dynamic makes it very difficult to judge progress accurately, helping to perpetuate the mistaken belief that reforms are on track. Next, both the government and the donors do what they need to in order to appear to meet performance indicators, because incentives are not structured in such a way that it would serve them to speak candidly. Finally, as reforms are driven more by external pressure than by an internal demand for change, many are implemented half-heartedly or not at all.

How to escape the capability trap

The international community needs to better understand how it has contributed to the capability trap in Afghanistan, and how it can mitigate the situation. This requires a shift in thinking about what development is and how external actors can contribute constructively.

Development practitioners need to understand that because state-building touches on the deep structures of society, it will inherently involve problem-solving. The key lies in allowing a struggle to take place to determine the best local solution, while holding tensions within acceptable (non-violent) limits.

Thus, Afghanistan needs new ways to bring variety, local ways of doing things, and local capacities and resources, into a connected whole. Over time, this can lead to the institutional transformation that will launch Afghanistan on a road to greater prosperity.