In an attempt to reduce poverty and vulnerability in a sustainable and cost-effective way, in 2003 the Zambian Government introduced a social cash transfer (SCT) scheme. However, a recent review of Zambia’s social assistance system revealed that this scheme provided insufficient coverage to many vulnerable groups.

The social cash transfer (SCT) programme introduced in Zambia in 2003 reduces extreme poverty rate by just 1.55 percentage points and has a very small effect on inequality.

Alternative targeting approaches, in particular a combination of introducing universal old age and disability grants and doubling the transfer level, could have higher impacts on poverty reduction than the current SCT programme

In order to understand how to address this problem we need to understand what effects alternative SCT design options could have on poverty, inequality and the total cost of the programme. Using the tax-benefit microsimulation model for Zambia, MicroZAMOD, it is possible to run simulations that allow us to identify these effects, and thus understand the costs and benefits of alternative schemes

To provide a basis against which alternative policy options can be measured, we first simulate the impacts of the current SCT programme. We find that the scheme in its current form has had a relatively small impact on the national extreme poverty rate, reducing it by just 1.55 percentage points.

The effect of the current scheme is more pronounced on households with older persons and in female headed households, where the extreme poverty headcount is reduced by 5.31 and 3.83 percentage points, respectively. 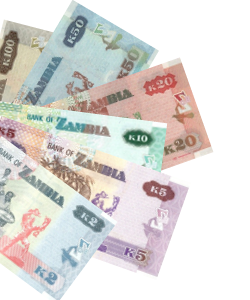 Using MicroZAMOD model can be used to simulate what would happen if the targeting approach was changed or coverage was extended.

First, we estimated what would happen coverage was extended to include children aged 0-2 years. The simulation showed that this would reduce poverty levels by 2.64 percentage points, that is approximately 1 percentage point more than the current scheme.

Second, we found that revising the eligibility criteria from household to individual level by introducing universal old age and disability grants would reduce poverty levels by 2.11 percentage points, half a percentage point more than under the current scheme.

Third, we estimate that doubling the transfer level would reduce poverty by 2.69 percentage points.

Combining these changes to the scheme would have an even larger impact on poverty, reducing it substantially.

According to the simulation, the current scheme only reduces inequality from 0.545 to 0.535 using the gini coefficient measure.

The policy options above, which have a higher impact on poverty reduction also seem to yield a higher impact on inequality. By extending coverage to children aged 0-2 years, inequality could fall further to 0.528. The same effect can be reached by accounting for household sizes. Shifting transfers from the household to individual level would have a slightly smaller impact, reducing inequality to 0.534. 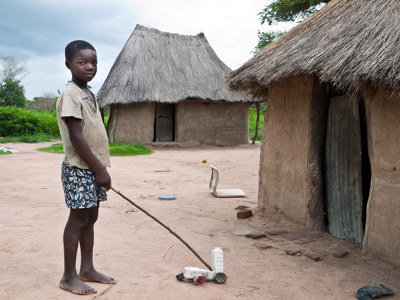 Inequality is reduced significantly if we combine including children aged 0-2 years and doubling the transfer level, bringing it down to 0.513. Introducing a universal scheme would not reduce inequality more than the current scheme.

Our results show that the SCT programme already makes a significant contribution to extreme poverty reduction in it’s current form. They also point to the need to expand coverage of the current scheme to children aged 0-2 years as well as to significantly increase the transfer level to account for household size and individual needs. In addition, the programme should be made universal.

To reduce inequality, Zambia needs to opt for policies that go beyond providing social benefits by, for example, more progressive taxation and improving infrastructure in rural areas

It is important, however, to note that the combination of tax and benefit reforms considered here would not make a significant contribution to reducing inequality, which continues to be a concern for policy makers in Zambia. Policy options that go beyond providing social benefits need to be employed in order to have an impact along this dimension. More significant gains in reducing inequality can be achieved by making the taxation system more progressive. Other policies, for instance those aimed at improving infrastructure in rural areas to improve access to education and health, are also critical for reducing structural inequality.