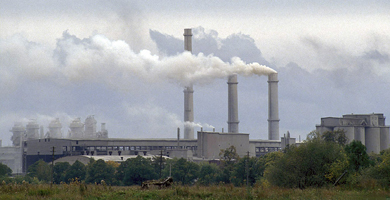 Climate change is in the process of transforming the environment of our planet over the course of the 21st century. A minimum of approximately two degrees centigrade of warming appears to be built into the climate system already over this period. Adaptations to the implications of these temperature rises will be required alongside mitigation efforts to curb further temperature rises. Official development assistance (ODA) aimed at facilitating this may serve as a new source of finance for lower-income countries.

This new source of finance could act as a catalyst for positive changes in the institutional architecture and distribution mechanisms for financial flows to lower-income countries. Genuine recipient-country leadership is necessary in the implementation of co-ordinated development, adaptation and mitigation strategies. Predictable and long-term financial flows are best suited to facing the challenges of development in a climate-constrained world.

The three goals of (1) promoting development, (2) adaptation to climate change, and (3) climate change mitigation, are in reality inseparable policy areas. As such, there is a compelling case for addressing them simultaneously through a coherent, integrated strategy for poverty reduction and climate action. Areas of development policy that merit greater attention in the light of climate change include access to sustainable energy, agriculture including payments for environmental services in agriculture and forestry, water management, and land use planning. 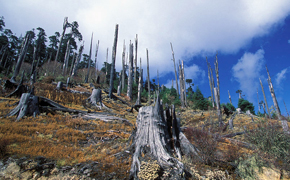 While integrated plans and actions are called for at the level of implementation, it must be recognised that there are different motivations and justifications underlying the provision of finance for development, adaptation, and mitigation. Traditional development assistance can be seen as motivated by charity or other donor-based motives. Adaptation assistance is, by recipients at least, seen as compensation for costs borne by developing countries due principally to historical pollution from developed countries. Mitigation flows, on the other hand, are best viewed as payments related to participation in a global mitigation scheme. These differences are likely to result in continued calls for separate financial flows across these three categories.

To ensure that these three distinct motivations for providing finance do not lead to ODA given in an unpredictable and uncoordinated manner, transfers from North to South should be rules-based, and long-term in nature. Assuming adequate governance, a strong recipient country role represents a viable mechanism for resolving the tension between separate accounting at the level of the source of financing and an integrated framework at the level of implementation. As such, climate finance has the potential to strengthen the long-run trend towards direct-access mechanisms and a central role for recipient country governments that is at the root of budget support and sector-wide programmes. Taking into account the rationale behind adaptation and mitigation financing, and the critical role of developing countries in achieving mitigation objectives, climate finance can pave the way for a new institutional framework with a more balanced representation of developed and developing countries.

Transparency and effectiveness of information systems: a proposal

Transparent and effective information systems in recipient countries are a prerequisite to the initiation and continuation of substantial, country-led, predictable, rules-based and long-term financial flows. To assure this, independent evaluation of these information systems would appear to be indispensable. This task clearly sits within the domain of a specialized, independent, and technically competent institution. The auditing task could be limited to assessing the quality of information produced on greenhouse gas emissions. It would be desirable in terms of effectiveness of the integrated implementation approach that a broader remit would be considered.

The auditing task could cover information relating to climate change mitigation/adaptation, as well as development including the quality of standard statistics (national accounts, social indicators, etc.). States with serious governance issues will need a different financial modality which would not resemble the rules-based transfers envisioned above. The existence of transparency and quality of information standards would likely provide an automatic mechanism for identifying serious governance issues as most of these states could be expected not to be willing/able to comply with said standards.