Research Brief
Lessons from US Interventions to Japan, Afghanistan and Iraq

Persistent state weakness and failure can be a source of chronic violence, insecurity, and economic stagnation for a country. With many in the international community calling for intervention in various locations around the world, a better understanding of the consequences of past interventions is critical.

Experts remain divided over whether foreign military intervention can be an effective mechanism for building durable institutions in fragile states, and under what conditions this strategy is most likely to succeed. In Japan, Iraq, and Afghanistan, the US sought to build democratic institutions and practices through military occupation and reconstruction that could survive the withdrawal of US support. Each of these cases produced very different outcomes.

The US occupation of Japan during 1945-52 was highly attuned to the scope and strength of Japanese state institutions. In comparison to US interventions in Iraq and Afghanistan, planning for the occupation and political reconstruction of Japan began earlier and was more comprehensive. 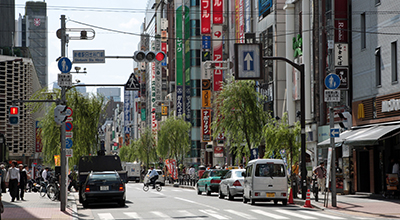 The US maintained many of the pre-war state structures that underpinned Japan’s strong institutional capacity, including a highly effective national bureaucracy led by an efficient, non-partisan, professional class of civil servants.

In addition, while the US occupation purged the government of many of the individuals associated with the previous ruling regime, it did not do so in a way that risked weakening the underlying administrative capacity of the Japanese state. The result was that the capacity of Japanese national political institutions was not fundamentally affected by the purge process.

Finally, the US initiated an array of social and economic reforms designed to create the conditions for sustainable liberal democracy—such as breaking up large industrial conglomerates, and instituting land reform. In the process, it successfully built institutional capacity where it had not previously existed.

The US approach to state-building in Iraq from 2003 to 2011 failed to preserve the existing capacity of Iraqi state institutions. The US war plan envisioned a relatively small force that would enter and exit Iraq quickly. In contrast with the Japanese occupation, decision makers under the Bush administration initially rejected the idea of creating a formal occupation authority. Even after the administration was compelled to form a more structured occupation authority, the US reform agenda continued to dismantle and undermine the capacity of Iraqi state institutions.

This reform agenda focused on reducing the scope of the Iraqi state, which US officials viewed as bloated and inefficient. The result was the introduction of free market-oriented reforms, including privatizing state-owned companies, rolling back the state sector, and eliminating a vast network of state subsidies. These initiatives had a negative impact on Iraq’s non-oil economy, while creating hundreds of thousands of unemployed workers and alienating the managerial classes. The US decision to dissolve the Iraqi military and other security institutions further undermined the state and contributed to the outbreak of anti-government violence. 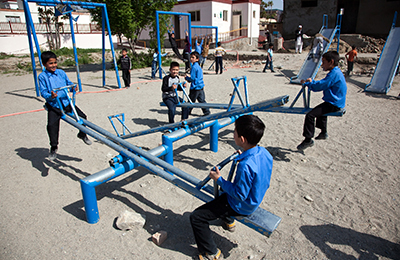 The military stabilization operation in Afghanistan from 2001 to 2013 involved a more limited direct military commitment than Japan and Iraq. The US intervention focused on building the strength of Afghan institutions, but failed to make significant progress in accomplishing this goal. The US also attempted to expand the state into new areas—such as education, which had previously been under local/regional control—and to expand the reach of government institutions and services into regions where they had previously been absent. Yet the Afghan state still seems unable to deliver many basic services outside the capital region of Kabul. The US attempted to attach certain governance conditions to assistance but did not withhold aid when these were not met, which may have led state leaders to behave even more recklessly.

Working Paper | Intervention, Aid, and Institution-Building in Iraq and Afghanistan