Without a certain level of safety, stability and integrity in the political and societal environment, even the best planned, implemented and evaluated aid programmes can be undermined. An effective domestic security system is therefore a pertinent component of any attempt to encourage development.

Despite increased awareness of the critical importance of a secure environment, the impact of reform and amelioration attempts in African policing systems remain disappointing. In light of this situation, this study seeks to answer three basic sets of questions. First, what is the general context of (in)security in African states and how can foreign aid and local efforts be combined to implement effective reforms? Second, which lessons can be applied from past experiences of policing reforms in African and beyond? And, finally, how important are policing improvements to overall economic development?

How can reforms be initiated?

Designing reforms for African policing systems requires careful consideration and must take a variety of factors into account. First, there must be an in-depth understanding of situational context. Police reforms will not be sustainable if they are purely focused on the police force. Any attempted changes must also consider the broader context of security agents in the country (e.g. military, border police, intelligence, etc.) and also the larger criminal justice system. 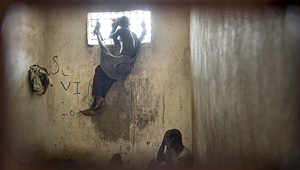 Local security situations vary greatly across the African continent, although all African policing systems are colonial creations. Today, local situations range from total collapse into civil war and destruction to changing patterns of normal crime. In fact in some states, such as the Democratic Republic of the Congo and Somalia, policing has simply failed and disappeared, causing traditional mechanisms of conflict resolution to be reinstated. In others, security systems have collapsed and been resurrected, as in Sierra Leone and Liberia. In still other states, such as South Africa, systems have been dramatically transformed. Across the continent, the image of state police and police–community relations are abysmal. Further complicating this situation is the multiplicity of international interveners offering advice and assistance through a number of channels—these include organizational interventions by Economic Community of West African States (ECOWAS), the United Nations, the African Union, bilateral donors, NGOs, private groups and individuals, and private corporations.

Given the large number of actors attempting reforms in African policing systems, it is clear that co-ordination of the various components is key to any successful reform. Co-ordination and effective implementation of security changes require both political and technical expertise; skilled implementers are essential to finding creative solutions and to take necessary risks for programmes to overcome hurdles. Additionally, reforms need to be based on existing conditions: a thorough knowledge of the dynamics and causes of insecurity must be ascertained by implementers as well as a comprehensive understanding of the local resources and the actors—and potential spoilers—involved in the process. Without this initial legwork, effective reforms will be difficult to bring to fruition.

After project implementation, measuring outcomes can be especially difficult in African states since official statistics are more often inaccurate and unreliable. Instead, the judgments and opinions of local and international experts can be more accurate gauges of improvements in police and security actor performance.

Examples of successful policing reforms: what could work?

Northern Ireland and South Africa serve as useful examples of successful police reform in recent years. Both countries transformed local policing systems into more trusted democratic forces representative of the demographics of each country, while continuing to respect the human rights of citizens. Why have reforms been successful in these two countries? One suggestion is that they possessed four important prerequisites: a political settlement, shared values of governance, administrative capacity, and a vibrant civil society. 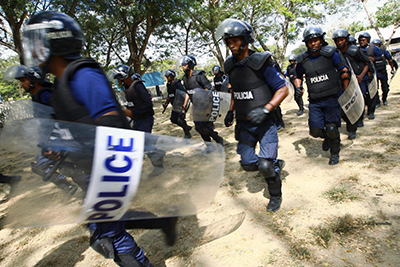 Unfortunately these four characteristics are lacking in most African states, so the applicability of lessons learned in Northern Ireland and South Africa is somewhat limited. Sierra Leone, Liberia, and Nigeria provide examples of cases where reforms have been enacted with varying degrees of success. Sierra Leone and Liberia, both post-conflict states, have transformed their security situations by improving such components as police–community relations, increasing the percentage of female police officers, improving recruitment/training, and revising police ideologies and image. Despite these efforts, both countries have only experienced marginal success in reforming their security systems as political and social contexts have gradually reasserted themselves into the police forces. In Nigeria, on the other hand, bilateral projects have targeted selected aspects of policing rather than an overall systematic reform. The outcomes of these attempted reforms are difficult to determine, and Nigeria remains hampered by the sheer size of the country and the police force necessary to maintain security. Additionally, the police force remains highly politicized—which consequently limits operational autonomy—and a clearly expressed and continuously enforced central reform policy is absent.

The link to economic development

Policing systems do not have the ability to create social order where none exists, nor can they provide a solution to political instability. Social order must be forcefully imposed or informal processes and civil society must be allowed to create order with police as the beneficiaries. Informal security providers in the civil society must therefore be given consideration in any reforms. Effective policing is, however, essential to gain donor confidence and limit economic mismanagement, fraud and corruption. Limiting corruption, improving road safety, and more effective port and border controls are all essential steps to improving the efficacy of economic development programmes. Therefore, police reforms should aim to limit corruption, institute more equitable distributions of financial resources throughout police ranks, make police culture more professional (including policies that reward performance and professional conduct) and hire the right consultants and implementers.

Ultimately, however, reforms that concentrate on creating democratic, citizen-oriented policing are not as important as other programmes for successful economic development. Unfortunately there is currently not enough research to draw definitive conclusions and the impact of successful police reform is more an assertion and expression of hope rather than a proven fact. There will be political, social and economic changes, both positive and negative, during and after any intervention and reform effort.