Industrial policy has finally moved away from the arid debate on ‘picking winners’ versus ‘levelling the playing field’. Today, there is growing understanding that the market imperfections on which the theoretical arguments for industrial policy rest are pervasive, especially in low-income countries.

In Asian economies, senior members of the political and government elite were publicly committed to and held accountable for industrial development outcomes

Africa faces a major constraint to experimentation with policy— the donors

Feedback was an essential element of the Asian industrial policy process and an important means of building accountability.

From theory to practice

There is less understanding, however, of how to move from theory to practice. For this reason, the ‘how’ of industrial policy-making is as important as the ‘why’ and the ‘what’ but it has received far less attention.

While there is considerable diversity, there are a number of common themes that characterize successful business–government coordination. Four of these are of particular relevance to governments attempting to improve the practice of industrial policy: commitment, focus, experimentation and feedback.

In Asian economies, ranging from Japan to Vietnam, senior members of the political and government elite were publicly committed to and held accountable for industrial development outcomes. One virtue of having a champion is that it identifies a person who has the job of explaining the policy agenda and who can be held politically responsible for things going right or wrong. A second reason why high-level leadership is critical to the success of strategic coordination is the need for coherence within government in following up and implementing the decisions reached as a result of public–private problem-solving. 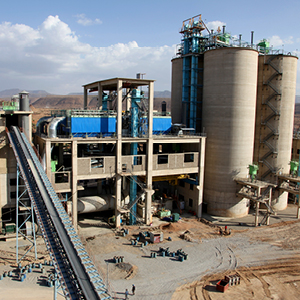 Where, as was often the case in Africa, public officials believed the political leadership lacked deep interest in industrial development outcomes, there was little follow up to efforts to engage the private sector. The research on Ghana for example suggests that although the state has expressed a strong rhetorical commitment to the private sector, there is not much actual commitment by political elites.

East Asian case studies suggest that one way in which the flow of information between the public and private sectors can be encouraged and the risk of capture reduced is by focusing on specific constraints to firm performance. This is the ‘helping hand’ aspect of industrial policy, and it is particularly relevant to countries at the early stages of industrial development. The key elements of the process are agreement between business and government on a specific objective, and the proposed course of action. A timetable for resolution of the problem is announced and progress in implementation monitored and reported.

Effective implementation of public actions derived from the state–business dialogue requires effective coordination in government. In the African case studies it often appeared that the right hand of government was not aware of what the left hand was doing. Lack of coordination, for example, was an important cause of the poor performance of Special Economic Zone (SEZ) programs in Africa. A lack of alignment in the incentives between people promoting exports and those responsible for fiscal matters, such as the Ministry of Finance and the Customs Authority, contributed to failure of several zone projects. In most cases the investment promotion agency and the SEZ authority operated independently of each other with little effort to coordinate.

East Asian industrial policy makers have shown a striking willingness to experiment. Ideas were often generated by observation of successful examples from elsewhere. Public actions were developed, and the results—measured in terms of specific outcomes—were carefully observed. When the chosen course of action failed to accomplish the desired outcome, usually it was modified or abandoned. Policies that were deemed successful were frequently replicated in other settings. This almost ‘pharmacological’—observe, experiment, implement—approach to policy-making was heavily dependent on a strong two-way flow of information between firms and the government, and a high degree of pragmatism on the part of the policy makers concerned.

Africa faces a major constraint to experimentation—the donors. Where aid contributes significantly to national budgets, donors exercise an outsized level of influence on public policy. In the area of industrial policy donor-sponsored efforts to improve the ‘investment climate’ have had little impact on the growth of Africa’s industrial sector, largely because the industrial development agenda has been imposed from outside, not defined through coordination between government and business. Indeed, in some cases, such as the IMF-World Bank sponsored Presidential Investors Advisory Councils, donors have captured local coordination mechanisms to advance their own policy agenda. 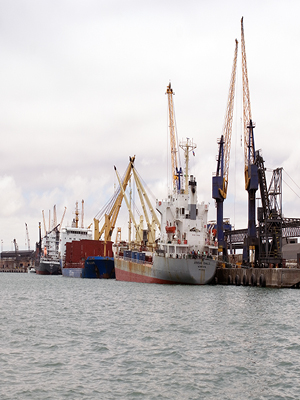 Feedback was an essential element of the Asian industrial policy process and an important means of building accountability. Partly this was done by measurement of observable outcomes, for example the rate of growth of jobs or exports. Partly it depended on information gleaned from the private sector. In China, for example, local governments (prefectures, counties, townships, and villages) are directly connected to industrial clusters. By focusing on individual clusters and communicating frequently with local entrepreneurs, local governments were able to devise policies targeting specific constraints to industrial development. A top priority of Vietnam’s Prime Minister’s Reform Committee (PMRC) in the late 1990s and early 2000s was to observe the economy and society closely through daily interactions with institutions, businesses, and practitioners.

A major benefit of feedback is that it fosters institutional learning. Those countries that have been successful have learned how to conduct industrial policy as they have gone along. In Ethiopia for example, the government institutions responsible for the flower sector developed mechanisms to monitor the performance of interventions and adapted them to changing circumstances. By way of contrast, when the same government attempted to promote the basic metals and engineering industries no systematic feedback mechanism was developed and the sector stagnated. The practice of industrial policy - lessons for Africa is part of Jobs, poverty and structural change in Africa