Analysis of World Bank data ranging from 1990–2017 indicates that increases in global oil prices would have negative effects on the economic growth of SADC, especially Mozambique, Tanzania, Zambia, and Mauritius. Given the high reliance of Southern African countries on crude oil imports, barrel price increases in the global market can significantly damage the prospects of national economies. One way to limit this risk is to substitute crude oil imports with domestically produced alternatives, such as biofuels and natural gas.

The economies of Mauritius, Mozambique, Tanzania and Zambia are the most adversely affected by oil price increases

The main impediment to trade between countries that are vulnerable to oil price changes and Zambia, a large producer of biofuels, is high transportation costs

Many of the Southern African Development Community (SADC) countries are heavily reliant on petroleum products, particularly in their transport sectors. Most of these countries do not produce  crude oil themselves. Instead, they are dependent on imports which makes them vulnerable to global price shocks.

Using an economic model, we estimated that in the long run a 1% increase in the global oil price will lead to a 2.9% decrease in the real GDP of SADC member states. This implies a potential need for regional production of, and the development of a regional market in, alternative fuels such as biofuels and natural gas. The SADC currently has a Regional Indicative Strategic Development Plan, but it focuses on electricity generation. SADC countries should collectively recognise their vulnerability to global oil price increases and formulate regional policies and strategies to promote the production of biofuels and natural gas as potential substitutes.

Total, the multinational oil and gas company, has recently announced a major offshore natural gas discovery on the Brulpadda Prospect, situated south of Mossel Bay in South Africa. Mozambique also has large amounts of natural gas that are currently being exploited by, among others, Sasol, with some of this natural gas being exported to South Africa. And, both Zambia and Mozambique have substantial potential for biofuel production, but due to various constraints, this potential remains largely unexploited.

The potential of natural gas as a transport substitute

The abundant natural gas resources in the SADC have the potential of boosting the economy of the whole region. To exploit this potential, the development of infrastructure for natural gas transport is essential.

The SADC has identified weak infrastructure as a key constraint to the development of the region’s natural gas resources. The lack of infrastructure, such as pipelines and storage facilities, hinders the distribution of natural gas across countries in the SADC.

Models based on IMF data show that South Africa is uniquely positioned to act as an export hub for the rest of the region. For South Africa, compressed natural gas, mainly for use in transport fleets, represents a potential growth export.

The development of a regional pipeline network that can transport natural gas would also play a crucial role in enhancing regional trade. While the use of compressed natural gas as an alternative to petroleum would not require the construction of gas-to-liquid production facilities, it would still require the retrofitting of the existing vehicle fleet. Facilities for retrofitting and refuelling vehicles with CNG need to be constructed and installed across the region in those countries that do not yet have them.

In 2017, the SADC established an inter-state natural gas committee to promote the use of natural gas within the region. This committee is tasked with overseeing the development of a Regional Gas Master Plan. Full participation by SADC member states in this process will be essential in ensuring that a comprehensive plan is developed with buy-in from key stakeholders in the region. This would improve the likelihood of its implementation. 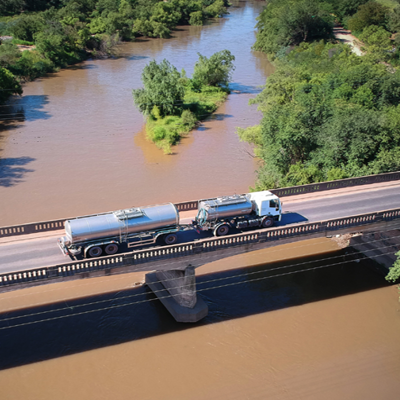 Despite interest in biofuels in the early 2000s, the industry has not taken off for various reasons, including the lack of a guaranteed market, financing, food security, and access to land rights by investors. Zambia could become a major producer of biofuels, but high transport costs from Zambia currently hinder the development of a biofuels industry there. Governments should support the development of a regional biofuels industry and market. This can be accomplished by efforts to match biofuel demand in South Africa with biofuel supply in Zambia.

In its Strategic Plan for 2015-2020, South Africa’s Department of Energy mentions that it will seek to source biofuels from the SADC region to meet its demand. Stakeholders from the two countries should engage and come up with a joint plan or strategy on how to overcome constraints that are limiting the expansion of biofuels production in Zambia.

The Zambian government could further support the development of its biofuels industry by providing subsidies to make biofuel prices more competitive. The extension of tax breaks or exemptions could also be used to incentivize increased production of biofuels. As the market for biofuels is mostly outside of Zambia, fuel-blending mandates can further enhance demand. The enforcement of existing blending mandates should, in part, take place once supply is guaranteed.

The most cost-effective mode of transport for ethanol, which is used to produce biofuels, is rail. Development of a reliable rail network between Zambia and its market is also needed to bolster trade within the region. This brief is based on WIDER Working Paper 2019/36 ‘Evaluating the impact of global oil prices on the SADC and the potential for increased trade in biofuels and natural gas within the region’, by Alfred Moyo.