It is estimated that over 50 per cent of the world’s population now live in urban areas. Developing countries will see the greatest growth in urban populations over the next few decades. This could have dramatic economic and environmental effects.

A green city or eco-city is a city designed with consideration of environmental impact, inhabited by people dedicated to minimization of required inputs and waste outputs. Development of these cities can help mitigate the challenges of global climate change and rapid urbanization.

As the concept of a green city is still new, their development still faces many challenges. The large majority of green cities are still at the planning stage, and there are no commonly defined indicators or standards yet in place. Although there are many new ideas for how to provide effective aid in this area, too few programmes have yet been implemented and tested to generate broad conclusions. However, a few prominent cases present useful lessons.

The city of Curitiba in Brazil has been heralded as one of the first eco-cities. It proactively began to address the challenges of sustainable urban development in 1966. Curitiba’s strategy focuses on integrated planning (e.g. transportation, land use, and efficient resource management) that puts people first and is committed to local values such as accessibility, transparency, social justice, and poverty reduction. Strong leadership has resulted in successful, long-term implementation. While Curitiba faces the same urbanization problems seen elsewhere, it addresses them in a cheaper and more integrated manner that puts people and local values first and emphasized efficient resource management. Modern Curitiba is marked by green space, low-density residence, an effective bus system, environmental education, and a waste processing system.

China is building an eco-city in the coastal new district of Tianjin City—one of the fastest-growing regions in the country—as a model for sustainable development. The project started in 2007 on previously uninhabited land, and is expected to be fully complete in 2020, although in 2012 residents had already started to move in. A key feature of this eco-city is social harmony, which comprises areas such as education, healthcare and culture. The city uses the latest technology such as green energy, electric car charging points, and eco-industrial parks to minimise the harmful impact of development. The use of these technologies is partly an experiment for how China’s cities could develop and solve key issues such as gridlock, water pollution, and energy consumption. Tianjin is the result of co-operation between the Chinese and Singaporean governments.

After the devastating 2008 earthquake in Sichuan province in China, the government encouraged reconstruction aligned with eco-city principles. The city of Beichuan, which was completely destroyed, has been redeveloped following a plan by the central government to make it a model of sustainability for the rest of China. Work includes cultural preservation, environmental valuation and protection, transition of the industrial economy, green transportation, renewable energy, green building, and water and waste systems management. 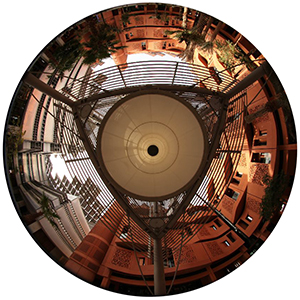 Based on the lessons of existing green cities, development should have a foundation of technical innovation; taking account of the local geographical, political and economic context; and promote interactions among multiple stakeholders. In the development of an eco-city, the major participant is the local people. Therefore it is important to raise their awareness, encourage their involvement and gain their feedback while respecting and protecting their culture. The eco-city development in Huangbaiyu, China, has been perceived as a failure because it does not effectively integrate its systems into the daily lives of the inhabitants.
Green city development is generally supported by the central government and implemented by a local authority. Large-scale development requires strong government involvement and authority. It should combine social, economic and environmental aspects, such as urban planning, economic promotion, public infrastructure, technological advancement and environment improvement.

Lack of funding is still a major obstacle to green city development. Aid for green cities should combine solutions for poverty, the environment and governance concerns, tailored to the specific geographical, environmental, political and economic context. Specifically, there should be a focus on green city planning, accountability, aid sustainability, governance, capacity-building, harmonization between donors and co-ordination between donors and recipients.
The development of green cities could benefit from greater co-ordination and collaboration among them. This can be facilitated by international aid agencies.