Recent years have seen major changes in the global economy. A large number of low-income countries are now on the path to successful economic development and eventual convergence on developed countries. As these economies progress, global investors are attracted to new investment opportunities, spawning additional economic growth. While many developing countries are benefiting from economic growth and private investment, a number of smaller, isolated pre-modern economies—so-called ‘frontier economies’ such as South Sudan, Afghanistan, Sierra Leone, Liberia, and countries of the Sahel—are being left out of the advancement. These changes have major implications for development aid which have yet to be incorporated into revised development strategies. It is therefore timely to determine how aid can be adequately restructured to support growth in small, isolated economies.

While poverty is still widespread in many rapidly developing economies, autonomous growth of the private economy can reduce poverty rapidly over time; consequently, these converging economies do not require aid as much as frontier economies. In light of this new reality, a more focused aid policy needs to be redirected toward encouraging pioneering investment in small, isolated countries. A greater concentration on allocating aid to private investment in frontier economies could serve to spark economic growth and eventually alleviate poverty. While there are externalities and political risks that act as deterrents to potential pioneer investors, donors have both the finance and long-term relationships to create conditions attractive to pioneer investors.

Why have frontier economies not been able to attract substantial private investment? There are two possible explanations: weak governance and isolation. Weak governance dissuades investors from entering these markets due to uncertainty over political risks and co-ordination issues. Isolation is a formidable barrier to any potential private entrepreneur considering investment in small, isolated economies that have neither the scale nor the interdependence conducive to economic growth. Local economies consist of smallholder agriculture and pastoralists and often an extractive sector. Additionally, transport costs are most often prohibitive because of the geographical isolation of these countries. 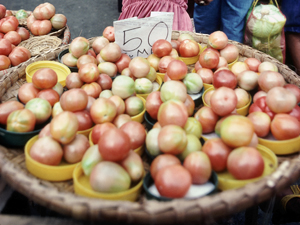 These constraints mean that generating a return is uncertain even under generally favourable conditions, consequently it is difficult to attract investment. How can a frontier economy therefore develop into a modern economy? In one extreme, the economy ceases to be isolated. This can be accomplished by encouraging investment in transport logistics that will eventually facilitate the movement of goods and services for investors. This investment may not be privately profitable though; it will most likely only be profitable if many other investments occur in additional sectors. In the second extreme, the economy remains isolated but a number of modern activities are gradually added to expand the range of goods and services available, eventually increasing the size of the national market and enabling scale economies to be reaped. The main problem area in this extreme is the combination of scale and interdependence: although returns may be acceptable, acquiring inputs may be difficult.

From the pioneer investor’s perspective, there are a number of obstacles and potential concerns. There are two types of pioneer investors: local firms experimenting with a new product or service, and international firms testing out new markets. The main concern for these pioneers is uncertainty due to a lack of information concerning both the local market and production which makes investment viability difficult to determine. Additionally, many local firms do not possess the large-scale financing necessary for pioneer investing. International firms, on the other hand, have financing but do  not have enough knowledge about local market context (e.g. wages, transport, regulations, etc.). The real risk of these investments can only be assessed once projects have been undertaken and information externalities have been created; this will ultimately assist future investors to determine risk and lower costs for new investment.

In countries where investors are not willing to independently take on uncertainty, should the public sector actively induce it by subsidy, or should it simply provide an ‘enabling policy environment’? These activities are sometimes considered polemical, but without them, investment in frontier economies is unlikely and the consequences could be dire. In order to induce private investment, this study proposes five areas on which aid can be focused, in ascending order of political ambition: aid to address isolation; aid to subsidize investment in infrastructure; aid to subsidize capital; aid to provide political risk insurance for investors; and increased donor-business investment partnerships. 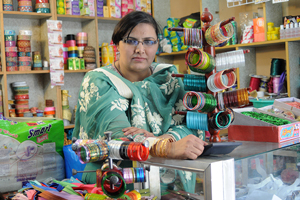 Of these five options, the first two are the least controversial. Subsidies for private investment in transport infrastructure could improve connectedness. Subsidies for infrastructure investment can be used in sectors such as electricity, though returns may not be substantial enough to attract significant investor interest. The second two are somewhat more controversial, though the institutions to carry out such projects are already in place (e.g. the World Bank, Multilateral Investment Guarantee Agency, etc.). Subsidizing capital at below market rates for equity or bonds could be a useful incentive for reluctant investors while political risk insurance could assuage concerns over the ramifications of operating in politically volatile environments. The fifth proposal is the most controversial as it requires the donor to provide aid to make ventures commercially viable while the investor partner commits to making its best effort to ensure that the venture succeeds. The linking of aid and private enterprise would therefore adopt a model close to that of Chinese aid, but the benefits of a long-term relationship could definitely be reaped.

The success of aid to subsidize pioneer investing will eventually depend on the elasticity of private capital flows. As investors become accustomed to opportunities in more rapidly developing countries, the leap to pioneer investing in frontier economies is no longer inconceivable. While there is incredible potential for future investment, these economies are still viewed as being risky and complex. Aid incentives can help overcome this wariness to allow investors to take advantage of unexploited opportunities and frontier economies to enjoy the type of economic growth enjoyed by more connected economies.

Working Paper | Aid as a Catalyst for Pioneer Investment