Working Paper pdf
The linkages of energy, water, and land use in Southeast Asia
– Challenges and opportunities for the Mekong region
Kim Hang Pham Do, Ariel Dinar - UNU-WIDER, 2016 - Helsinki, Finland

This paper aims to contribute to understanding the existing knowledge gaps in the linkages of energy, water, and land use in Southeast Asia and explores the political economy of energy transition in the Mekong region (MR). Investigating the struggle over hydropower development and decision-making...

What types of businesses benefit or suffer due to geographic clustering? Data available from Cambodia on competition and spillovers—at both village- and commune-level—is useful to answer a number of questions about the effects of clustering and the possible benefits or drawbacks of... 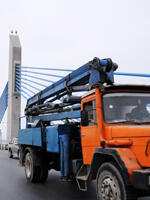 16 December 2014 John Page On 20 November 2014 the United Nations celebrated the 25th Africa Industrialization Day. But perhaps ‘celebrate’ is not exactly the right word. Africa’s experience with industrialization over the past quarter century has actually been...

This paper presents the case of World Bank support to the mass titling component of the Cambodia Land Management and Administration Project. This was a project for which there was clear national demand, as evidenced by the fact that the Cambodian government had already attempted to implement mass...

One feature of exporting firms in Cambodia is that they are not of domestic origin but are foreign firms that export from the moment they are established in Cambodia. In this paper we examine the extent to which the presence of foreign-owned export firms impacts on the productivity of domestic...

The potential benefits of the geographical clustering of economic activity have been well documented in the literature, yet there is little empirical evidence quantifying these effects in developing country contexts. This is surprising given the emphasis in industrial policy on productivity growth...

10 December 2013 Tony Addison Our November-December Angle comes amid intense activity on our ReCom—Research and Communication on Foreign Aid—programme, which is drawing to a close. We also have the last of our ReCom results meetings, on the theme ‘Aid for Gender Equality...

The industrialization which started in 1953 had been completely disrupted by the chronic civil war and closed-door policy of successive communism/socialism regimes. Since 1993 Cambodia has embraced a market economy heavily dependent on foreign capital and foreign markets. As a result, the economy...

Alisa DiCaprio Innovations in social protection systems design have moved forward quickly on the supply-side over the past decade. But the same degree of creativity has not been applied to the equally critical demand-side constraints to social protection. Without channels through which the...

Tony Addison With the end of the year fast approaching, we bring you the last Angle of 2011. Here in Helsinki, the shortest day of the year is nearly upon us when we will have six hours of daylight. In the Finnish arctic the sun does not rise, the polar night lasting 51 days. Little snow yet...

Innovations in social protection systems design have moved forward quickly on the supply-side over the past decade. But the same degree of creativity has not been applied to the equally critical demand-side constraints to social protection. Without channels through which the demand for social...

In fragile states, social protection programmes are often a kaleidoscope of projects financed and implemented by a variety of donors, government agencies and NGOs. Such an environment does not foster a strong sense of ownership by beneficiaries, which weakens the likelihood of sustainability in the... 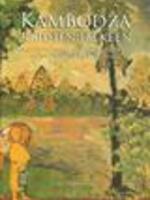 From the book: Spatial Disparities in Human Development

In this study, we combined the Cambodian socioeconomic survey for 1997 and the country’s population census of 1998 to produce poverty measures at the commune-level in Cambodia using the small-area estimation technique developed by Elbers, Lanjouw and Lanjouw. While there are a number of...