Using decomposition methods, we analyse the role of the changing nature of work in explaining changes in employment, wage inequality, and job polarization in Chile from 1992 to 2017. Changes in occupational structure confirm a displacement of workers from low-skill occupations towards jobs...

We study the causal effect of motherhood on labour market outcomes in Latin America by adopting an event study approach around the birth of the first child based on panel data from national household surveys for Chile, Mexico, Peru, and Uruguay. Our main contributions are: (i) providing new...

In societies where surnames are inherited from parents, we can use these names to estimate rates of intergenerational mobility. This paper explains how to make such estimates, and illustrates their use in pre-industrial England and modern Chile and India. These surname estimates have the...

This paper describes the structural transformations that Chile has experienced in the last 50 years and how they have contributed—or not—to inclusive growth and genuine economic modernization from a historical perspective. The empirical analysis of the paper shows a premature... 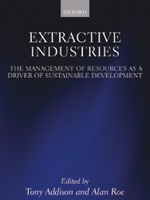 This paper examines Chile Solidario, a social protection programme that provides poor households in Chile with preferential access to a conditional cash transfer programme designed to facilitate investments in children’s health and education. We assess the programme’s longer-term... Historically, Chile has been an economy dominated by mineral and agro-industrial products and subject to frequent external shocks particularly in copper prices. Since the 1980s, the authorities have developed various mechanisms to cope with these shocks and dampen their effects on the domestic...

In this paper, we present comparative evidence for eight Latin American countries regarding design and effects of cash transfers (CTs). On the basis of household survey data, we analyse their coverage, importance in household income, and effects on poverty reduction and income redistribution.We...

This paper proposes to understand a singular but salient factor that enables the wealthy to deflect their tax burden downwards: elites’ political leverage to shape legislation via their capacity to influence political actors and policy outcomes. The analysis sheds light on alternative...

During the 2000s Chile achieved rapid economic growth and improved most labour market indicators: the unemployment rate fell; the mix of employment by occupational position and sector improved; the educational level of the employed population, the percentage of registered workers, and labour... 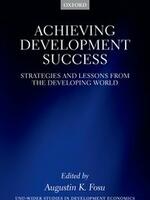 Copy Citation
Blog
What Does it Mean to be in the Middle?
– Mobility and Vulnerability in Latin America and the Caribbean
Luis F. López-Calva - UNU-WIDER, 2013 - Helsinki, Finland

Luis-Felipe Lopez-Calva [1] The concept of social class and specifically middle class, has been widely discussed in sociology and other social sciences, but mostly ignored in modern economics. In practice, the middle class has been defined in terms of income, consumption patterns, occupational...