Greater female labour market participation has important positive implications not only for women’s empowerment and the well-being of their families but also for the economy they live in. In this paper, we examine the various effects of internet availability on women’s labour market...

The canonical approach to analyse the poverty impact of growth is based on the comparison of poverty before and after growth. Measurement tools endorsing this approach fail to capture the different experiences of poverty dynamic in the population: there can be groups of the population made...

We use long-spanning individual longitudinal data to examine the long-term labour market outcomes of low-tier informal workers. We investigate their characteristics, calculate the extent of switching, and identify the characteristics of those who have switched. Finally, we estimate the earnings...

Not all sources of inequality in educational achievements are fair. But how strong and persistent is the burden of unequal opportunities that each person carries on in their life? In this paper, we define individual indices of the burden of circumstances, which measure the effect that the...

We focus on special characteristics of the manufacturing sector, in terms of employment generation and productivity growth, that enable the rapid, resilient economic catch-up of developing countries. We consider the ‘developer’s dilemma’ and the relationship between...

Standard growth incidence curves describe how growth episodes impact on the overall income distribution. However, measuring the pro-poorness of the growth process is complex due to (i) measurement errors and (ii) effect shocks that may hit the percentiles of the income distribution in...

Discussions on the developing world’s industrial policies have largely neglected the role of state-owned entities. This paper argues that the resurgence of state capitalism has been, in part, the response of developing countries to the recent pattern of structural transformation... 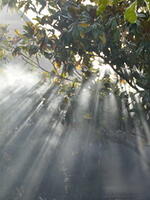 Indonesia is currently in the throes of an environmental emergency. Thousands of hectares of forest are burning across the vast country, causing toxic smoke to be released into the atmosphere. This has led to eerie apocalyptic scenes of deep red skies, deserted streets and people with their faces... 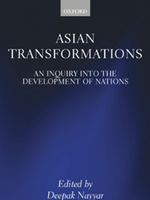 The canonical approach to analysing the poverty impact of growth is based on the comparison of poverty before and after growth. Measurement tools that endorse this approach fail to capture the different experiences of poverty dynamics in the population: there can be groups of the...

This chapter addresses the unrelenting pessimism in Asian Drama about Indonesia’s development prospects. This pessimism was based on two key realities: the poor level of governance demonstrated by the Sukarno regime (partly a heritage of Dutch colonial policies) and the extreme poverty...