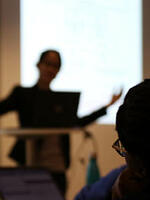 In the fall of 2018 UNU-WIDER welcomed 11 doctoral students from around the world as part of our PhD Fellowship Programme. The students, from Ghana, India, Malaysia, Mexico, Ethiopia, Togo and Kenya, came to UNU-WIDER for three months to work on their research under the guidance of a UNU-WIDER...

Despite the use of industrial policies to stimulate economic growth by several successful developers, latecomers have faced mixed experiences. Hence, this paper analyses the industrial policy experience of the electronics industry in Malaysia. A blend of institutions have guided technological...

Malaysian economic development has been shaped by public policy in response to changing national and external conditions. Public investments peaked in the 1970s and early 1980s, until the policy reversals driven by sovereign debt concerns and new policy ideology fads. Foreign investments continued...

This piece synthesizes the development strategies of Korea, Malaysia, Thailand and Vietnam and draws some relevant lessons. Using a complex adaptive systems approach, strategic openness, a set of heterodox macroeconomic policies, creation of institutions for productive investment in both...

Conflicts within the Malaysian federation have been rooted in socio-economic disparities and the struggle for control of natural resource rents, which State Governments previously had exclusive control over, as originally provided for by the federal constitution. The advance of fiscal...

In recent decades, absolute poverty incidence declined in most countries of Southeast Asia, even though in some of these countries inequality increased at the same time. This paper examines the relationship between these outcomes and the rate of economic growth in the agricultural, industrial and...

From the book: Resource Abundance and Economic Development

The emergence of a select group of developing countries as destinations for private portfolio investment in the 1990s (and the subsequent peso crisis in Mexico in 1994) has rekindled the old issues about the responsibilities and capacities public authorities have with regard to managing the...

From the book: Capital, The State And Labour

From the book: Trade Policy and Industrialization in Turbulent Times

From the book: The Rocky Road to Reform