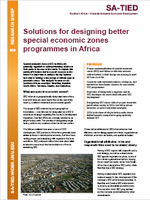 Botswana, Ghana, Mauritius and South Africa are sub-Saharan African countries that stand out for their development progress. Each of these countries has succeeded against the odds, against expectations. This paper synthesizes the common ingredients of these countries’ success, and derives...

From the book: Institutional Change and Economic Development

This paper examines the relationship between institution building and economic performance in Mauritius, Botswana and Uganda. The rationale for comparing these cases is simple. While the three have been super-economic stars in their own right, they have achieved substantially different outcomes.... 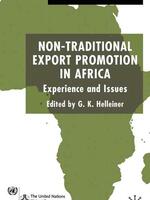 The volume contains original essays by authors who have worked together to derive lessons for African export prospects from the experiences of some of the more successful developing countries in East Asia and Latin America. They present up-to-date data and analysis on non-traditional exporting...

From the book: Non-Traditional Export Promotion in Africa

This special issue of the Journal of International Development presents the results of a study initiated two years ago by UNU/WIDER on `The impact of the liberalization of the exchange rate and financial markets in sub-Saharan Africa'. The project has benefited from the contributions of African...