Blog
Foreign Aid: Down but Not Out
Peter J. Burnell - UNU-WIDER, 2009 - Helsinki, Finland 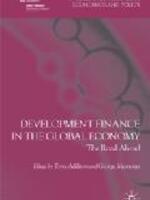 For much of the last 30 years the global economy has had a limited impact on poverty alleviation. But there are now grounds for optimism. Presently, global liquidity is ample, pushing investors into parts of the world they previously avoided, and private investment is rising. A new and more...

As one of globalisation's most visible dimensions, foreign direct investment (FDI) is central to the prospects for developing countries in the world economy. Key issues include the direction of causation between FDI and growth, the potential role of the new information and communication... 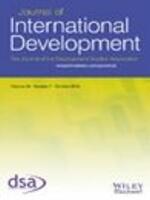 The Millennium Development Goals (MDGs) give aid to Africa a new emphasis. Yet aid flows to Africa have trended downward over the last decade, and as a consequence more Africans now live in poverty. This is especially true of Sub-Saharan Africa. Any progress towards the main MDG target of halving...

An important feature of aid to developing countries is that it is given to the government. As a result, aid should be expected to affect fiscal behaviour, although theory and existing evidence is ambiguous regarding the nature of these effects. This paper applies techniques developed in the ‘...

This paper is a contribution to the literature on aid and growth. Despite an extensive empirical literature in this area, existing studies have not addressed directly the mechanisms via which aid should affect growth. We identify investment as the most significant transmission mechanism, and also...

There has been significant amount of aid inflows to developing countries including Ghana, but these have been very volatile. Aid flows have been associated with low domestic resource mobilization and have reduced Ghana to a country heavily dependent on aid. The amount of official development...

We analyse the Granger causal relationships between foreign direct investment (FDI) and GDP in a sample of 31 developing countries covering 31 years. Using estimators for heterogeneous panel data we find bi-directional causality between the FDI-to-GDP ratio and the level of GDP. FDI has a lasting...

This paper investigates the simultaneous causal relationship between investments in information and communication technology (ICT) and flows of foreign direct investment (FDI), with reference to its implications on economic growth. For the empirical analysis we use data from 23 major countries with...

The paper examines the causal relationship between FDI and economic growth by using an innovative econometric methodology to study the direction of causality between the two variables. We apply our methodology, based on the Toda-Yamamoto test for causality, to time-series data covering the period...

Data from several investor surveys suggest that macroeconomic instability, investment restrictions, corruption and political instability have a negative impact on foreign direct investment (FDI) to Africa. However, the relationship between FDI and these country characteristics has not been studied...

Multiactor global funds (MGFs) are emerging as important new mechanisms for the financing of development and other global priorities. MGFs like the Global Fund for AIDS, Tuberculosis and Malaria are distinctive because they are administered and financed by multiactor coalitions of governments,...

India’s capital account displays a sharp swing in external financing from official assistance to private capital transfers in the 1990s. This paper examines the implications of this transition for the country. An analysis of the private resource transfer reveals that unlike official flows,...