ReCom (Research and Communication on Foreign Aid) occupied a key role in UNU-WIDER’s 2010-13 work programme addressing the triple crisis: Finance, Food and Climate Change. Some 240 ReCom studies were prepared during a period of 3-years by...

Financial Reforms and Falling Inequality in Latin America, 2002-2012: Are They Connected?

Rising Inequality – How to Reverse It?
by Annett Victorero, Dominik Etienne
October 2014

30 October 2014 Dominik Etienne and Annett Victorero The last decade has witnessed a revival of concern over the impact of high-income concentration on economic development and wellbeing... 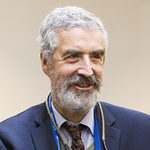 This paper studies individual-level labour market transitions and their determinants in South Africa during the zenith and aftermath of the global financial and economic crisis using 2008 to 2010-2011 panel data from the National Income Dynamics Stud...

The World Financial Review featured the article Inequality Trends and Their Determinants: Latin America over the Period 1990–2010 based on the UNU-WIDER research project The New Policy Model, Inequality and Poverty in Latin America: Evidence from...

Impact of the Global Financial and Economic Crisis on Development: Whither Africa?

The global economic crisis beginning in 2008 has come at an inopportune time for Africa. Economic growth had recovered, poverty had declined, and human development had improved. Then the crisis hit. Growth then fell by 60 per cent...

29 November 2012 Carl-Gustav Lindén In November 2012 UNU-WIDER had the pleasure of hosting a public event with Dr Kaushik Basu, the newly appointed Chief Economist and Senior Vice President for Development Economics of the World Bank...

Reflecting Change: The Second Edition of ‘From Poverty to Power’

Duncan Green Updating a book on contemporary events can be unnerving. In the intervening years, events and new thinking combine to expose the weaknesses of any text...

The Supply Side of Aid

In the wake of the financial crisis of 2008 and 2009 interest in the supply side of the donor equation has been rekindled...

Three global crises -finance, environment and food The global economy is currently facing three crises which threaten to undermine the welfare and prosperity of present and future generations...

How Aid Supplies from Donor Countries Respond to Economic Crisis

The strong interdependent relationship between the developed and developing countries made itself visible again with the recent economic downturn...