Bringing state-owned entities back into the industrial policy debate: The case of Indonesia

Discussions on the developing world's industrial policies have largely neglected the role of state-owned entities...

Where does the money come from to buy votes? We argue that an important source of funds for vote-buying comes from ‘contract clientelism’, or the provision of public contracts to private firms in exchange for campaign donations...

COVID-19 and trade facilitation in Southern Africa: Implications for the AfCFTA

COVID-19 has created a trade crisis in Southern Africa, with a dramatic slowdown in cross-border trade... 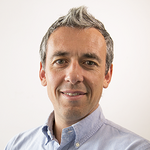 Investments in infrastructure – such as roads – typically aim to reduce transport costs, stimulate trade, and make new production activities viable. Across sub-Saharan Africa, the need for such investments is widely acknowledged ...

Historically, transport infrastructure connecting the most agriculturally productive areas of Mozambique and the richer southern region has been poor...

Special economic zones (SEZ) in Africa are generally regarded as underperforming relative to their peers in the rest of the world...

The paper reviews what we know about the possibilities of designing and implementing policy measures that raise the contribution of the extractive industries’ production/consumption links to economic growth and wellbeing, and reviews how polici...

Investigating the fiscal resource curse: What’s China got to do with it?

The term fiscal resource curse refers to countries’ inability to raise taxes from a broad base in the presence of natural resources...

This paper explores how Southern Africa can leverage its mineral resources to support growth and industrialization...

Special economic zones (SEZs) in Africa are generally regarded as underperforming relative to their peers in the rest of the world. This study focuses on the design features of the SEZ in Africa that may help explain this underperformance...

The construction sector in Zambia

The construction sector in Ghana

Roads and jobs in Ethiopia

We look at how improving roads can affect jobs and structural transformation...

Using convolutional neural networks applied to satellite images covering a 25 km x 12 km rectangle on the northern outskirts of Greater Maputo, we detect and classify buildings from 2010 and 2018 in order to compare the development in quantity and qu...

Discussions on the developing world’s industrial policies have largely neglected the role of state-owned entities...