Using decomposition methods, we analyse the role of the changing nature of work in explaining changes in employment, wage inequality, and job polarization in Chile from 1992 to 2017...

Estimates from the World Bank suggest that two-thirds of all jobs in developing countries are at risk of automation; meanwhile the ILO has calculated that 344 million jobs need to be created by 2030 to address unemployment. At the same time, around...

Highlights from the 2019 WIDER Development Conference

The World Bank recently estimated that two-thirds of all jobs in developing countries are at risk of automation...

Changing technologies and the jobs of tomorrow

Watch the live stream recording United Nations University World Institute for Development Economics Research (UNU-WIDER) in partnership with the United Nations Economic and Social Commission for Asia and the Pacific (ESCAP) will organize a three-day...

The ins and outs of African industrialization: UNU-WIDER provides open access to a wealth of information 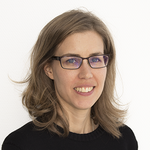 The question ‘why is there so little industrialization in Africa?’ has been a key focus of UNU-WIDER researchers and research partners for the last decade...

In this work stream, researchers from UNU-WIDER, National Treasury (NT) and the South African Revenue Service (SARS), will build and expand the tax administrative and other micro enterprise data available in South Africa, thereby developing these...

Policymakers often work in the dark, as they try to make real impact on people’s lives. If you don’t have good data, being worked on by good researchers, it can be hard to know whether efforts are truly making a difference...

Tony Addison, Carol Newman and Finn Tarp presented research evidence on the topic of job creation and employment at a policy seminar organized by the Department for International Development (DFID).

The political economy of green growth

Finn Tarp, Director of UNU-WIDER delivered a seminar on ' The Political Economy of Green Growth' as part of the TCD/UCD Development Research Seminar Series 2012 organised by the Trinity International Development Initiative (TIDI) at Trinity...