A propitiously timed household survey carried out in Mozambique over the period 2008/2009 permits us to study the relationship between shifts in food prices and child nutrition status in a low income setting...

May is always a hopeful month. With 18 hours of daylight we are all perky—especially the seagulls who swarm around Helsinki harbour. Here at UNU-WIDER the communications team is busy with the new website which will roll out later in the year...

Evidence obtained from detailed household surveys in Mozambique during the 2008-09 food price shock reveals just how pronounced the impact of food price inflation can be on children’s overall nutrition status...

In the run up to the announcement of the Sustainable Development Goals (SGDs) in September every development issue is clamouring for attention...

Multidimensional Poverty in the Democratic Republic of Congo

25 June 2014 Malokele Nanivazo After a long series of conflicts and apparent macroeconomic mismanagement, the Democratic Republic of Congo (DRC) seems to be breaking from its thorny history...

Distributional Impacts of the 2008 Global Food Price Spike in Vietnam

Curbing Early Childhood Undernutrition in Lower and Middle Income Countries: Findings and Lessons for the Future

Under-nutrition is the single biggest cause of the global burden of disease, and many of those affected are children...

Urbanization and Development in Asia: Linkages with Globalization and Migration 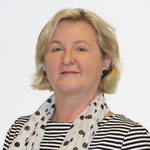 Lorraine Telfer-Taivainen The Central European University (CEU) in Budapest, Hungary, was the venue for the launch on 16 June 2012 of the just-published UNU-WIDER book Urbanization and Development in Asia: Multidimensional Perspectives , edited by Jo...

Redefining Poverty in China and India: What Does This Mean for the Fight Against Global Poverty? Part I
by Tony Addison, Miguel Niño-Zarazúa
January 2012

Tony Addison and Miguel Niño-Zarazúa China and India are making immense strides in development. Growth in both countries has been impressive...

Determinants of Child Weight and Height in Sri Lanka: A Quantile Regression Approach

From the book: Health Inequality and Development

The Growth of Poor Children in China, 1991-2000: Why Food Subsidies May Matter

The Determinants of Child Weight and Height in Sri Lanka: A Quantile Regression Approach

Reducing child malnutrition is a key goal of most developing countries. To combat child malnutrition with the right set of interventions, policymakers need to have a better understanding of its economic, social and policy determinants...

Moderate undernutrition continues to affect 46 per cent of children under 5 years of age and 47 per cent of rural women in India. Women’s lack of empowerment is believed to be an important factor in the persistent prevalence of undernutrition...