With official development assistance under strain, achieving the Sustainable Development Goals will require developing countries to rely increasingly on their own resources...

The WIDER Annual Lecture 18 was delivered on 18 November at the UN Headquarters in New York. The lecture, given by Professor Emeritus C. Peter Timmer of Harvard University, focused on the topic of structural transformation, especially within the...

Selection of images from the WIDER Annual Lecture 18.

Lessons for Japanese foreign aid from research on aid’s impact

Japan has provided foreign aid for some 60 years. Japan’s aid has grown and evolved as it became richer and as the developing world changed too...

The UNU-WIDER Special Issue aims to address collectively the following questions: (1) What are the principles and facts that have underpinned the evolution of bilateral and multilateral social sector aid over the past 25 years?...

Joseph Stiglitz and Amartya Sen on the Sustainable Development Goals 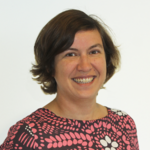 World leaders are now meeting at a special UN summit from 25–27 September to formally adopt the SDGs, which will then be implemented from 1 January 2016...

This paper discusses past and current social policy strategies in the international aid architecture. From the 1990s, aid strategy and policy shifted to put a stronger emphasis on human development...

Lessons for Japanese Foreign Aid from Research on Aid’s Impact

The Future of Development – Aid and Beyond

by Myles Wickstead
May 2015

In the run up to the announcement of the Sustainable Development Goals (SGDs) in September every development issue is clamouring for attention...

How to Achieve Structural Transformation in Developing Economies? — An Interview with C. Peter Timmer

In this interview C. Peter Timmer, Professor Emeritus at Harvard University, reflects on the conditions of possibility of structural transformation in developing countries, particularly in Africa...