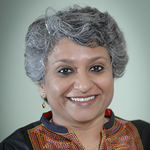 Building a great big wall will not close the gap. Jorge Duenes/Reuters US President Donald Trump wants to build a wall along the US-Mexican border. Britain wants to retreat into its shell to become an isolated island state ...

How should the international community respond to migration and refugees?
by Finn Tarp, Sinikka Parviainen
September 2016

In our previous blog , we looked at some of the key facts about international migration and identified a few areas that, from an economist’s perspective, need attention...

An economist’s view on migration and refugees
by Sinikka Parviainen, Finn Tarp
September 2016

Few issues have been so contentious in recent years as international migration. The refugee crisis sparked not least by the Syrian war has shown that policies governing migration are in a tangle...

Asylum Policy in the West: Past Trends, Future Policies

This WIDER Policy Brief examins issues such as liberalizing migration policies; protecting refugees in regions of origin; addressing the root causes of migration and refugee flows; influencing perceptions of the costs and benefits of migration; and d...

Asylum Policy in the West: Past Trends, Future Possibilities

This article examines the policy responses of Western countries in the realm of asylum. We begin by explaining the reasons why the asylum issue has made its way up the political agendas of liberal democratic countries in recent years...

Asylum Migration and Implications for Countries of Origin

The purpose of this paper is to synthesize what is known about the influence of asylum migration on countries of origin. It combines an analysis of data, a review of the literature and empirical examples from our own research...

Since the end of the cold war, the number of civil wars in developing countries has escalated to the point where they are the most significant source of human suffering in the world today...

Civil wars in developing countries are amongst the most significant sources of human suffering in the world today...