Women used to be an often an under-studied protagonist of war and post-conflict processes. This session brings together policy makers and scholars to discuss the gendered dimension of armed violence and how this shapes what happens after war. It will give a better understanding of gender-based violence during conflict, how to empirically measure difficult to assess forms of victimization such as sexual violence, how female combatants shape conflict as well as conflict resolution and politics after war.

Päivi Kannisto has worked for 10 years in Africa (Ethiopia, Zimbabwe, Kenya) and another 10+ years in Europe (Geneva, Helsinki) with issues related to development cooperation, economics and management, gender equality. She has a MSc degree in business administration and economics. She has knowledge and experience in peace and security, especially related to the UN Security Council res. 1325, working experience in the field of environment, especially climate change, biodiversity and issues related to funding these as well as in private public partnerships, and with donor relations - all related to developing countries. 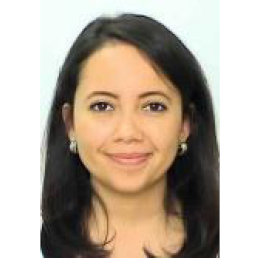 Diana J. Arango is the Global Lead on Gender-based Violence (GBV) in the Gender Group at the World Bank Group. During her tenure at the World Bank (WB) she has led the institution in changing its approach to integrating GBV into operations across all WB sectors.  She also led efforts to provide guidance on mitigating risk of sexual exploitation and abuse and sexual harassment that the institution’s lending operations may exacerbate or trigger. Before joining the World Bank Group, she was a Research Scientist at George Washington University's Global Women's Institute leading research on violence against women and girls in conflict settings. She has also worked with UNFPA, WHO, and UNCHR and has on the ground experience in every WB region. 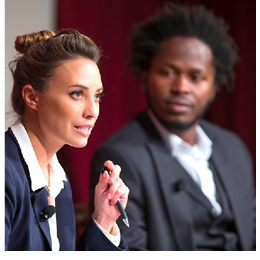 Dr. Jocelyn Kelly is the Director for Harvard Humanitarian Initiative’s (HHI) Gender, Rights and Resilience (GR2) program, where she designs and implements projects to examine issues relating to gender, peace, and security in fragile states. Dr. Kelly’s current research interests include: understanding the continuum of GBV before during and after humanitarian crisis; and measuring and promoting social cohesion and community resilience as a pathway to reducing violence.

Carlo Koos is an Associate Professor of Political Science at the University of Bergen (Department of Administration and Organization Theory). He is also associated with the CMI (Chr. Michelsen Institute) in Bergen and the German Institute of Global and Area Studies in Hamburg. Previously, he was a humanitarian aid worker with Médecins Sans Frontières in South Sudan, Libya, Egypt, Swaziland and Uganda. In his research he is specifically interested in how war and conflict affects social, political and gender relations. He is also involved in impact evaluations for development and humanitarian organizations in the field of women's empowerment, political accountability, water and sanitation and climate adaptation. 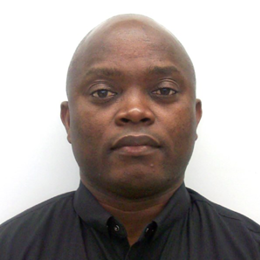 Augustine Larmin is a Ph.D. Candidate in Security Studies at the School of Politics, Security, and International Affairs, University of Central Florida. He has an MA in International Relations from the University of Liberia, an MPA in Public Sector Management from Cuttington University Liberia, and a BA in Political Science from the AME University Liberia. His research focuses on violence against noncombatants especially women and children during armed conflicts in sub-Saharan Africa. 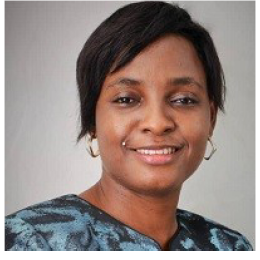 Damilola Taiye Agbalajobi is a Senior Lecturer in Political Science Department, Obafemi Awolowo University, Ile-Ife, Nigeria. She teaches and conducts research on women in politics, gender relation, climate change, peace and conflict studies in Nigeria, Africa and other developing countries. She is a fellow of the African Studies Centre, Leiden. Her latest publication by Rowman & Littlefield is titled “Promoting Gender Equality in Political Participation: New Perspectives on Nigeria”.

Salma Yusuf is a human rights advocate, legal professional and peace practitioner from Sri Lanka. She specialises in policy and process development, strategic advocacy, and thought-leadership. She has previously worked as a public official in Government, a university lecturer and researcher, a journalist, and a civil society activist nationally and internationally. She is a founding member and now appointed to the Steering Committee of the Women Mediators across the Commonwealth. She is a Human Rights Projects Director of the Foundation for Law and International Affairs and an Attorney at Law of the Supreme Court of Sri Lanka.