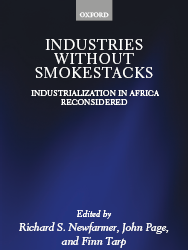 Drawing on the project of the same name, this session looks in detail at emerging industries in Africa, from both a global and a country perspective. Historically, manufacturing has led the structural transformation process. But manufacturing growth in Africa has lagged behind other regions for decades, leading some to question its ability to sustain growth in the region.

This view overlooks such emerging sectors as ICT, tourism, horticulture, and other services exports, which share many characteristics with manufacturing. They can employ large numbers of moderately skilled workers, are capable of productivity gains and produce tradeable products. These 'industries without smokestacks' are beginning to propel growth in Africa much as manufacturing did in East Asia. 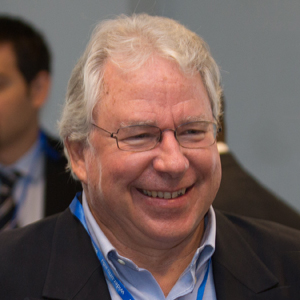 John Page is a Senior Fellow in the Global Economy and Development Program at the Brookings Institution in Washington, DC and a Non-resident Senior Fellow at UNU-WIDER. He is visiting professor at the National Graduate Institute for Policy Studies, Tokyo, Japan and a Research Associate of the Centre for the Study of African Economies at Oxford University and the Oxford Centre for the Study of Resource Rich Economies. He is the author of several books and more than 90 articles in the field of economic development.

Richard Newfarmer is a Country Director at the International Growth Centre (IGC). Before joining IGC he was the World Bank’s Special Representative to the United Nations and World Trade Organization, based in Geneva, Switzerland where he worked with country delegations and Geneva-based international organizations on issues of trade (WTO, UNCTAD and ITC), labour (the ILO), climate change (the WMO and WFP), and health (WHO, Global Fund, UNAIDs). Previously, he was Economic Advisor in the International Trade Department and in the Prospects Group of the World Bank, and worked extensively on trade, investment and globalization issues.

Emiko Fukase was an economist in the Development Research Group at the World Bank and continues to work for the Bank from New York as a consultant. Her research interests include agriculture and food security, globalization and labour market issues related to job creation, gender, income inequality and migration, and trade policy analyses. She has also collaborated with UN agencies and research institutions.

Nkechi S. Owoo is Senior Lecturer at the Department of Economics at the University of Ghana. She has a specialization in spatial econometrics and her research focuses on microeconomic issues in developing countries, including household behaviour, health, agriculture, and gender issues. She has been involved in research collaborations with the World Bank, UNU-WIDER and the IDRC.

Industries without smokestacks
Jobs, poverty and structural change in Africa