Property rights over agricultural land have been recognized as an important determinant of investment in agriculture and rural poverty reduction. Land reform was high on the policy agenda in the 1960s and 1970s, especially as countries were industrializing and needed cheap wage goods and expanding domestic markets.

After a lull associated with the debt crisis, land certification and titling has returned in the 1990s with large initiatives in countries such as Mexico and Ethiopia. Yet, the issue of making property rights over land more secure and more complete is still lagging in large areas of the world such as most of Sub-Saharan Africa and China.

The UNU-WIDER panel on Land and Property Rights will (1) review progress with making property rights more effective for growth and welfare, in part based on work done under the 2010-18 UNU-WIDER work agenda, and (2) explore alternative policy and political initiatives that could be pursued to promote property rights reforms where they have been lagging.

The panel will conclude with ideas for a research agenda on Land and Property Rights that UNU-WIDER might wish to consider in future research.

Alain de Janvry is Professor of Agricultural and Resource Economics and Public Policy at the University of California at Berkeley. His area of interest is international economic development, with expertise principally in Latin America, sub-Saharan Africa, the Middle-East, and the Indian subcontinent. He has worked with international development agencies such as FAO, IFAD, the World Bank, UNDP, ILO, the CGIAR, and the Inter-American Development Bank as well as with foundations such as Ford, Rockefeller, Kellogg, and Gates.

Klaus Deininger is a Lead Economist at the World Bank in the agricultural and rural research unit of the Development Research Group. His areas of research focus on income and asset inequality and its relationship to poverty reduction and growth; access to land, land markets and land reform and their impact on household welfare and agricultural productivity; land tenure and its impact on investment, including environmental sustainability; and capacity building for policy analysis and evaluation, mainly in the Africa, Central America, and East Asia Regions.

Thomas Markussen is Associate Professor and International Coordinator in the Department of Economics at University of Copenhagen. He has worked as a consultant for the World Bank and Danida and taught at University of Nairobi. Professor Markussen has a background in political science as well as economics. His research focuses on collective action, economic development, political economy, experimental economics, land rights, good governance and democracy. 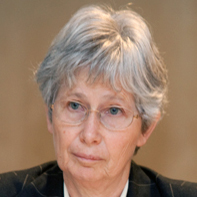 Dr Amelia U. Santos-Paulino is an Economist at the United Nations Conference on Trade and Development (UNCTAD) in Geneva.  Previously, she was a Research Fellow at UNU-WIDER, Research Fellow at IDS Sussex, and Economist in the Central Bank of the Dominican Republic. Her research has been published in journals and books including Economic Journal, World Development, Cambridge Journal of Economics, and Oxford University Press.