Recent years have seen some of the largest waves of mass protests and social movements. This session will bring together leading experts on protest and social movements across different disciplines and with differing regional focuses to discuss which economic and psychological factors motivate protest, how security conditions shape contentious politics, and when social movements can spark change, while taking a closer look at the effect of Covid-19 on protest movements around the world.

Stefano Costalli has been Associate Editor of Political Geography since October 2018. He is Professor of Political Science in the Department of Political and Social Sciences, University of Florence, Italy and Research Fellow of the Michael Nicholson Centre for Conflict and Cooperation, University of Essex. Stefano’s research interests include civil wars, political violence, peacekeeping, democratization processes, quantitative methods for political research, spatial dimensions of conflicts. His studies have appeared on journals such as British Journal of Political Science, Comparative Political Studies, International Security, Journal of Peace Research, World Politics.

Francesco Iacoella is a researcher with UNU-MERIT (Maastricht University). His interests lie in vulnerability assessment and risk management; his areas of expertise are developing countries and humanitarian environments. He has been a part of a WFP project's impact evaluation and have worked on research on child nutrition, adolescents maternal health, social cohesion and exclusion in Sub-Saharan Africa. 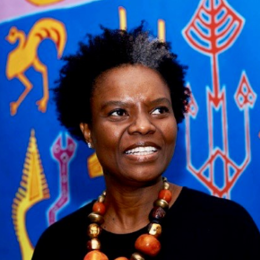 Alcinda Honwana is Principal Inter-Regional Adviser on institution building in countries emerging from conflicts at UN DESA Division for Public Institutions and Digital Government (DPIDG). Honwana has been Centennial Professor and Strategic Director of the Firoz Lalji Centre for Africa at the London School of Economics and Political Science (LSE), and the Chair in International Development at the Open University UK. Her extensive research and analysis of youth politics and social movements, especially in Africa, earned her the reputation as one of the most influential scholars in the field.

Daniel Silverman is an Assistant Professor in the Institute for Politics and Strategy at Carnegie Mellon University. His research focuses on the dynamics of violent conflict, especially in the Middle East and wider Islamic world. He is particularly interested in the psychological factors – including the biases and misperceptions – that drive conflicts, and how they can be mitigated or leveraged to promote peace. 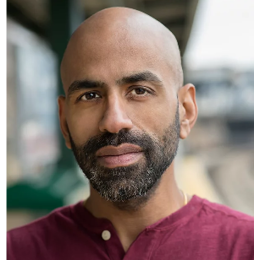 Zachariah Mampilly is the Marxe Endowed Chair of International Affairs at the Marxe School of Public and International Affairs, CUNY and a member of the doctoral faculty in the Department of Political Science at the Graduate Center, CUNY. He is the Co-Founder of the Program on African Social Research. He has held fellowships with the Institute for Advanced Study (New Jersey), the Open Society Foundation, the Harry Frank Guggenheim Foundation, the United States Holocaust Memorial Museum and the Fulbright Program.

Killian Clarke is an Assistant Professor in the Edmund A. Walsh School of Foreign Service at Georgetown University, affiliated with the Center for Contemporary Arab Studies. He received his PhD from Princeton University’s Department of Politics. From 2020 to 2021, he was a Raphael Morrison Dorman Memorial Postdoctoral Fellow with the Weatherhead Scholars Program at Harvard University. In his research he studies the origins and consequences of grassroots mobilization and protests, and their contribution to transformative political events like revolutions, regime change, and democratization.