At the onset of its miraculous rise in 1979, China had been trapped in poverty for centuries and was poorer than most sub-Saharan African countries. Thanks to the right strategies for transformation, China achieved an average annual growth rate of 9.8 per cent over the 35-year period from 1978 to 2013. Its per capita income reached US$6,800 in 2013, more than four times the average in sub-Saharan countries. The proportion of China’s population living below the international poverty line of US$1.25 a day declined from 84 per cent in 1981, to 11.9 per cent in 2009 (World Bank data).

Is it possible for low-income African countries to achieve the same transformation as China? Our answer is definitely ‘yes’. As long as African countries do not wait but start immediately to put the right strategies in place in order to grasp ‘low-hanging fruits’.

China adopted a pragmatic, gradual, dual-track approach in its dramatic transformation. The initial opening up and liberalization met with many inherent hurdles: The business environment was poor,[1] the infrastructure was very bad, and the investment environment was harsh.[2] Advice based on the Washington Consensus was to improve everything for the whole nation simultaneously, without favouring specific sectors and regions. Instead the government mobilized its limited resources and implementation capability to build up special economic zones and industrial parks. Within the zones and parks the infrastructure bottlenecks were relieved, and business environments were made very competitive. Although labour costs were low, China lacked the knowledge about how to turn that particular advantage to produce labour-intensive goods of acceptable quality for export. To overcome these difficulties the government at all levels and regions proactively approached prospective foreign investors and incentivized them to make investments in the special economic zones and industrial parks. With that approach China developed labour-intensive light-manufacturing and quickly became the world’s factory.
With a similar gradual, dual-track approach, a few other socialist economies—such as Vietnam, Cambodia, and Laos—were able to achieve outstanding growth performances under very poor infrastructure and business environments. The same approach also made Mauritius a development success in Africa since the early 1970s.

African countries can have the same growth miracle if they can grab the low-hanging fruit by putting the ‘right’ government interventions into the right sectors and spaces. The quick success of the Huajian Shoe Factory in Ethiopia provides a convincing example for the approach. According to research at the World Bank in 2010, the wage rate of the footwear industry in Ethiopia is an eight to a tenth of that in China, about one half of that in Vietnam, while its labour productivity is about 70 per cent of that in China (almost the same as Vietnam’s), so Ethiopia is highly competitive in the footwear industry. But in 2010, employment in the footwear industry was respectively 19 million in China, 1.2 million in Vietnam and 8,000 in Ethiopia. Informed by the findings, late Prime Minister Meles Zenawi went to Shenzhen in August 2011 to invite Chinese footwear manufacturers to invest in Ethiopia. Huajian, a designer footwear manufacturer, visited Addis Ababa in October in 2011, convinced by the opportunity and opened a shoe factory in the Oriental Industrial Park near Addis Ababa in January 2012, hiring 550 Ethiopians and expanding to 2,000 by December 2012. Within one year Huajian had more than doubled Ethiopia’s footwear exports. Huajian’s workforce reached 4,000 by December 2013, projecting to hire 30,000 by 2016.

After more than three decades of dynamic growth, China is now at a stage where its labour costs are starting to rise rapidly. Manufacturing wages have risen from US$150 per month in 2005, to US$500 in 2012, reaching over US$600 in coastal regions in 2013. China will need to follow the path of earlier successful economies in East Asia and begin relocating its labour-intensive industries to low-income countries. Indeed, this is already happening. A large share of China’s outward foreign direct investment in Africa, which reached US$9.3 billion by the end of 2009, has gone to manufacturing (22 per cent), second only to mining (29 per cent). And China is building six economic and trade co-operation zones in Egypt, Ethiopia, Mauritius, Nigeria, and Zambia.

African countries do not have to wait

The African continent can immediately start a dynamic structural transformation if the governments use their limited resources and implementation capacities to facilitate the development of sectors in which they have comparative advantages, by creating localized environments with good infrastructure and business environments. If African countries can adopt such a pragmatic approach, the pending relocation of 85 million manufacturing jobs from China will enable African countries to grow as dynamically as China and other East Asian countries.

Footnotes:
[1] In 2013, after more than three decades of market-oriented reform, China still ranked low in doing business indicators, at 91 in the world.
[2] In the World Bank’s Investing Across Borders 2010, China’s investment environment was ranked the worst among the 87 economies covered in the study.

Justin Yifu Lin is senior non-resident researcher at UNU-WIDER and the Honorary Dean at the National School of Development (NSD), Peking University, China and former Chief Economist of The World Bank. 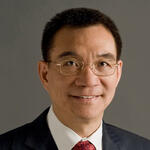