To Stockholm, for Sida’s Development Talks on the theme ‘Africa rising? Poverty and growth in sub-Saharan Africa’. Finn Tarp and Andy McKay spoke about their new UNU-WIDER book, co-edited with Channing Arndt, entitled Growth and Poverty Reduction in Sub-Saharan Africa—the book is on full open access and you can download it from here. 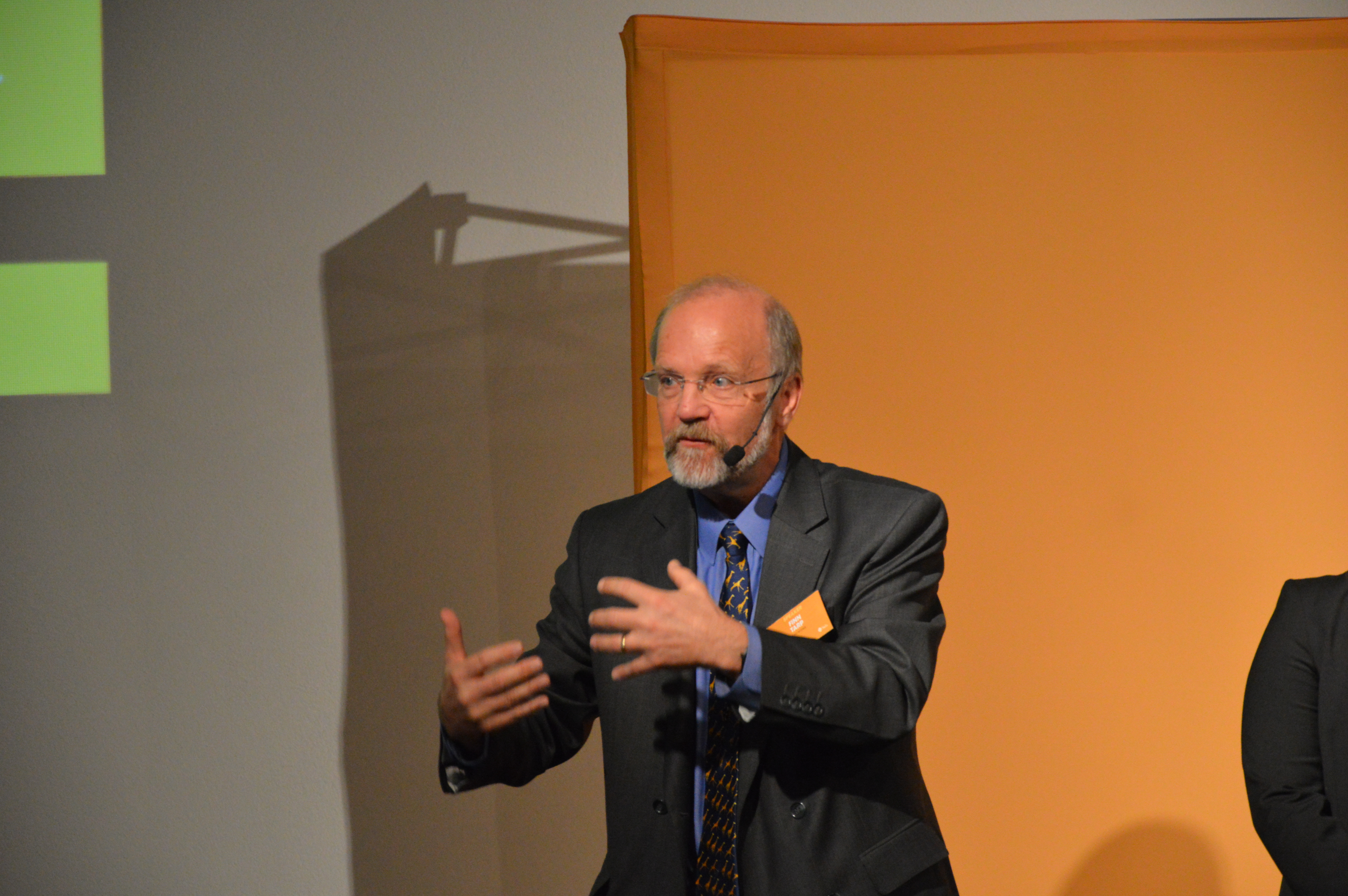 The event provided a perfect platform for a good discussion of the urgent importance of the daily crisis that poor people in Africa face. The key issues covered are well outlined in our policy brief on the topic, in addition to that here are my main reflections from the day:

Africa’s population is set to double to 2.5 billion by 2050, making the region’s population bigger than China and India combined. Nigeria will have more people than the US. The current and future generations of Africans need better quality education, better healthcare, and infrastructure, investment and support that create good livelihoods—as farmers, informal entrepreneurs, and waged workers. These will help deliver more poverty reduction, better human development, and more social stability. This demanding task takes place in a region that needs to protect its environmental resources, adapt to climate change and, in some cases, achieve social peace and put an end to violence (Nigeria, Somalia, and South Sudan, especially).

Africa’s growth successes over the last decade and more are much lauded in the media. This is not surprising after the terrible battering the continent took in the 1980s—an era of macroeconomic crisis and growth collapses—and the onset of much political turmoil and terrible violence from the 1980s through the 1990s (Somalia’s collapse, war in the DRC, and genocide in Rwanda, to name three).

Visit Africa today, and you will see much more economic prosperity than in the dismal days of the 1980s and 1990s. The percentage of Africa’s population living in poverty has fallen compared to the 1980s.

However the picture is not a simple story of growth success, and a fall in poverty incidence. The picture is a jigsaw made up of many pieces. And some of those pieces are missing. We don’t have enough data on many countries, especially the fragile states, nor enough data on poverty over time.

The UNU-WIDER research team has had to work with what data is available. And it has done a massive amount of work to assemble and interpret that information.

Growth and poverty reduction: a variety of paths

Some countries have grown quickly and have achieved a lot of progress on poverty reduction. In the UNU-WIDER study these are: Ethiopia, Ghana, Malawi, Rwanda and Uganda. Their stories are varied.

Ethiopia, Rwanda and Uganda had to recover from prolonged and violent conflict, but their growth has been sustained—despite the impediment of being landlocked. Ghana was an economic disaster case in the 1980s, but recovered well (though it has wobbled recently, having become over-confident about its oil wealth).

Malawi has been, and still is, very poor—food security has always been a big concern. Still, these countries have shown considerable reductions in the incidence of poverty.

Growth is not always enough to reduce poverty

Generating poverty reduction from growth is not automatic. There are African countries with a lot of recent growth, but not enough poverty reduction. In the UNU-WIDER study these are Burkina Faso, Mozambique, Nigeria, Tanzania, and Zambia.

This is a mixed group. Nigeria and Zambia have ridden the commodity super-cycle, giving them the revenues to invest more in basic services and infrastructure for poor people. But their delivery on the poverty agenda has been disappointing.

In Mozambique and Tanzania, growth is not achieving enough for the poor via better jobs and more opportunities for smallholder farmers. Burkina Faso has many poor people under environmental stress, and political instability holds back pro-poor policy.

Then there are countries with low growth and rising poverty. In our study these are Cameroon, Côte d’Ivoire, Kenya (better growth recently), Madagascar and, notably, South Africa (a very disappointing story given the economy’s enormous potential).

The regional powerhouses of Kenya and South Africa are underperforming. Kenya’s growth is now getting a lift from the lower oil price (it’s a net oil importer). But Kenya needs to learn from Rwanda (also getting a boost from a low oil import bill) on how to get more from growth for poor Kenyans. This is especially so for rural communities, women farmers, and those in remote and often environmentally stressed areas.

Agriculture is key to poverty reduction 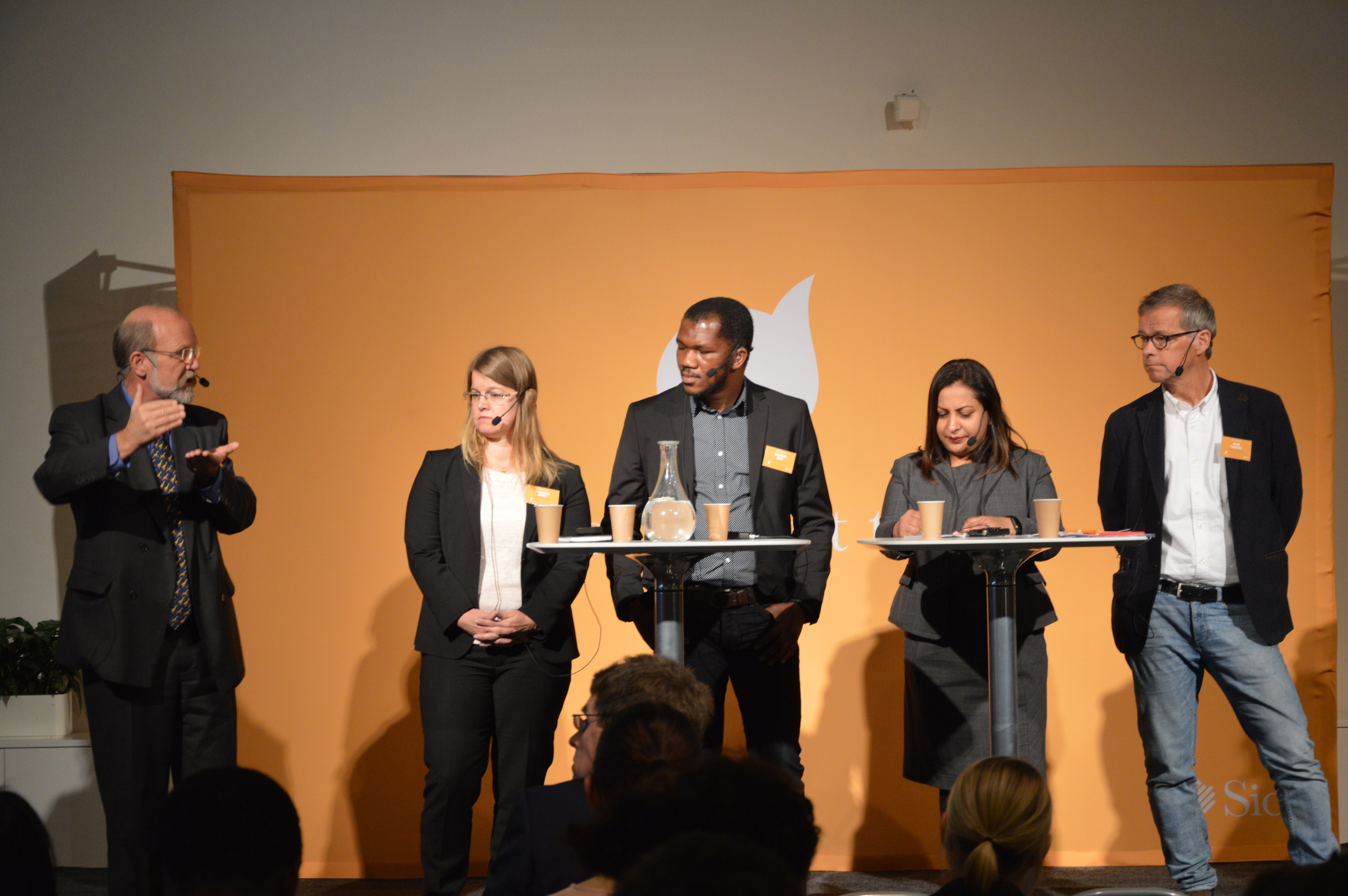 Neglect of agriculture and food security stands out as big concern. Countries that do well on poverty reduction take agriculture and the livelihoods of smallholders, especially Africa’s millions of women farmers, seriously—through more relevant agricultural research, smallholder-friendly infrastructure and improved marketing. Big increases in food prices around 2008-09 hit the purchasing power of the poor very hard.

There is another UNU-WIDER project that covers these issues. Africa needs to provide its poor people with more social protection—coverage is still too thin. Here our research on social protection and taxation, the reduction of social inequality in Latin America, as well as the recent WIDER Annual Lecture by Martin Ravallion are all highly relevant.

The Stockholm discussion covered a fascinating set of issues, provided lots of new information, and gave us much to think about. The just-published UNU-WIDER study is the most comprehensive and up-to-date analysis of a key development issue—how to achieve more for Africa’s people, both today and tomorrow. The entire book is available full open access here. There is also an excellent policy brief on the main findings. And you can get a flavour of the Sida event via #DevTalks on Twitter.

Growth and Poverty in Sub-Saharan Africa

Two cheers on growth and poverty in Sub-Saharan Africa

Commodities, industry, and the African Growth Miracle
Next