Haiti has received more than US$20 billion in aid for reconstruction and development over the past 60 years. Despite this, the country remains a failed state, and its development indicators are among the lowest in the world. Why, after so much focus from the donor community, has aid failed to catalyse development in Haiti?

An overview of Haiti’s history reveals that the country has a fatal flaw—a social, historical, and cultural context that has led to domination by economic and political elites who have little interest in advancing the country. Even best efforts of donors to improve aid effectiveness will continue to fail until this fatal flaw is addressed.

Regimes in Haiti can be grouped into three distinct periods. During 1957-86, the authoritarian rule of François Duvalier and his son, Jean-Claude, reinforced a system of corruption and intimidation that has become entrenched in subsequent Haitian political systems. Over 1987-2004, an era of political instability began after the Duvalier regime was overthrown by a military junta. During this period, Haiti experienced a number of regime changes that often sparked violence. Periodic embargoes and aid suspensions due to varying regimes further devastated the local economy. From 2006 to the present, Haiti has been transitioning to democracy under Presidents Préval and Martelly. While elections have been held, they have often been delayed and plagued by fraud. Furthermore, the current potential for violent confrontation remains.

Throughout these periods US foreign policy has played an important role in Haiti, and is a determining factor in both the characteristics of Haitian regimes as well as how aid is delivered. US policies and strategic objectives have influenced the course of local politics and aid over time, often ignoring the corruption of local leaders and causing additional turmoil within the country. 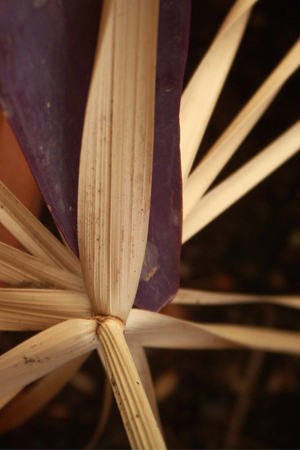 Why aid has failed: the fatal flaw

Although aid flows to Haiti have been substantial, aid has failed to catalyse a transformative development process. Poverty remains high, and governance and service delivery are poor. The country continues to depend heavily on remittances, charity, and foreign aid. In 2009, the amount of aid Haiti received from multilateral and bilateral donors exceeded its internal revenue.

Multilateral and bilateral donor assessments of aid performance have been negative for decades, continually indicating that aid is either failing or yielding only incremental improvements. One uniform conclusion from assessments is that the Haitian government is partially to blame for the failures of aid. Local political leaders and elites have not facilitated the disbursement of aid, or, in some instances, have personally profited from it. The unwillingness of elites to assist in the administration of aid constitutes Haiti’s fatal flaw.

This fatal flaw encompasses nearly all of the economic, political, cultural, and social aspects of society. Haiti is controlled by political and economic elites who consistently place their individual interests above the country and its people, often avoiding taxes and maintaining bank accounts abroad. Furthermore, racism has often played a role in the fatal flaw, with power and influence concentrated in the French-speaking (rather than Creole) mulatto population. All of these factors combine to create a general population that is totally disengaged from political life.

Rulers who should not have been in power were supported, and all rulers were able to manipulate the United States for their own ends.

While Haiti’s fatal flaw has been identified, it has not been sufficiently addressed by donors. In the future they must concentrate on capacity-building to promote accountability, transparency and efficiency, and strengthening government institutions. Donors need to provide the government with much more budget support and earmarked funding, rather than bypassing it for NGOs as has been done in the past. In the short term, Haiti should receive only grant funding, not loans, as making loans and then forgiving them has created moral hazard. Over time, these grants should be reduced in size in order to wean the country off foreign aid. This will be difficult, but could give Haiti the necessary incentive to progress and finally learn to govern itself.

The United States will also have to rethink its foreign policy concerning Haiti. Using aid to manipulate the situation in Haiti needs to be done with much greater caution as this strategy has had extremely detrimental consequences, and often reinforces the trend for elites to perpetuate the fatal flaw.

Ultimately, the success of any of these measures will depend on the ability of the Haitian people to find common ground and compromise to effectively manage and develop their country.

Working Paper | Foreign Aid and the Failure of State Building in Haiti Under the Duvaliers, Aristide, Préval, and Martelly