A Trade-Off Between Governance and Democracy?

In Mozambique, the shift away from project aid towards providing aid in the form of budget support brought a greater coherence to the whole aid agenda and strengthened the capacity of state institutions and thus improved governance in general. This is now the most important source of aid money for Mozambique accounting for nearly half of the state budget. However, paradoxically this improvement in governance has come at the price of a weakening of the political processes and institutions that are required for effective democracy.

Budget support and aid for governance

The expectation from donors is that budget support increases government ownership of the development process, and creates mechanisms of mutual accountability between donors and the government, to bring about greater harmonization, co-ordination and information sharing amongst donors, and to unite donors in the support of a common goal. In the case of Mozambique the goal is poverty alleviation. Mozambique's Poverty Reduction Strategy Paper (known by its Portuguese acronym PARPA), which broadly defines governance as public sector reform and 'justice, legality and public order', provides both the foundation for the government's five year poverty reduction plan and the framework around which budget support is structured. 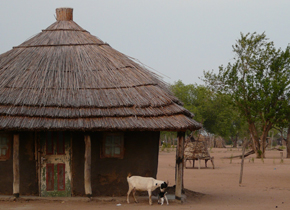 The shift to budget supports has had two important effects on democracy aid in Mozambique. First it has influenced the kind of things donors are willing to support. In particular it has reinforced a focus of the government in developing the capacity of the state to plan and manage public expenditure, which is key in achieving the poverty reduction goals set out in the PARPA. Donors frustrated with a lack of transparency at the national level have recently begun to focus on public sector reform and capacity building at a local level. 'Justice, legality and public order' covers the fight against corruption and the strengthening of monitoring institutions such as the Audit Court.

As virtually all budget support is linked to the PARPA whose overarching policy goal is to alleviate poverty, support for democracy has increasingly focused on those activities that can be directly linked to this goal. Consequently electoral competitiveness, the National Assembly, and civil society have all been relegated to the margins of the democracy support agenda.

The 2009 general election in Mozambique suffered from a lack of transparency and from bureaucratic hurdles to vigorous political competition; thus it was perhaps the least democratic multiparty elections the country has ever had. New electoral regulations had the effect of preventing many opposition parties from mounting an effective challenge. A number of Mozambique's donors threatened to withhold previously pledged budget support unless the government addressed problems of transparency and governance, including electoral administration. 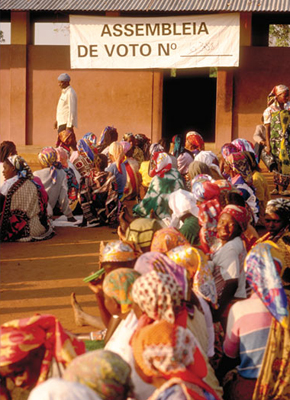 The government eventually agreed to most of the donor demands. However political party competition remains a problem in Mozambique. The shift towards aid being delivered in the form of budget support has in some respects compounded this problem. As an incumbent party with a monopoly on every level of government the Frelimo party controls this budget which is nearly twice the size that it would be without donor support. This control combined with a lack of transparency about which government functions are funded by national resources and which by donors leads to a bolstering of the government’s image and strengthening the ruling party’s political position.

The National Assembly in Mozambique is weak and largely unable to serve as an effective counterweight to the executive branch. Part of the reason for this is that the PARPA document which sets out the parameters for government action does not set out any formal channels through which the National Assembly can provide input and constructive criticism of the PARPA agenda. While the National Assembly formally approves the annual budget, the government is not required to provide specific information about donor contributions.

Budget support in general has, of course, had both positive and negative consequences for Mozambique. On the positive side it has increased state capacity, helped Mozambique's donor community find common ground and, through the PARPA, provided a written framework around which government priorities can be organized. On the negative side support to areas not covered by the PARPA such as the media and civil society, political parties and elections, and the National Assembly has received less support, despite most donors acknowledging the important role civil society plays in increasing aid effectiveness and improving democracy.

Given the weak opposition, flawed elections and executive dominance in Mozambique the tradeoff between governance and democracy may be unavoidable. However it is necessary to question whether in the long term governance, both in terms of effective spending, and government alignment with the interests of the public, can be sustained without effective democratic institutions.