Diversifying income sources is an important livelihood strategy for households in low-income countries. Having several sources of income helps in increasing total income, and in spreading the risks. New findings on the benefits of income diversification from Tanzanian households can inform policy aiming to develop welfare at the grassroots level and beyond.

Gender participation gaps declined: between 2008–13 the percentage of women with off-farm employment increased by a third

Households in Tanzania were able to diversify sources of their income over the five-year period from 2008–13. This is shown by answers in a national panel survey with more than 3,600 respondents. Diversification generally meant higher welfare, but there are differences by gender and type of activity.

In general, diversification appears to be more beneficial for rural households compared to their urban counterparts, but the higher welfare is associated with employment in non-agricultural sectors. In rural areas the positive benefit of off-farm employment is noticeably greater for men than for women, while in urban areas women benefit more than men.

There are several avenues for policy to support the income diversification and the welfare of Tanzanian households. Non-agricultural wage employment, irrespective of gender, means higher household welfare. Regional development strategies, which nurture local trade, services and manufacturing would be the best way to support such employment growth. Increased formal activity supports informal self-employment, so policies that improve infrastructure and reduce business constraints will support employment.

But what drives rural livelihood diversification in developing countries? How can welfare enhancing patterns be established and sustained in the long run? 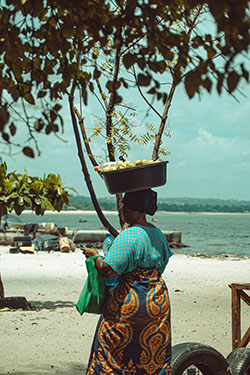 A large literature has focused on whether livelihood diversification is a means of survival of relatively poor households or a means of accumulation by relatively better off households. Disentangling these two contrasting motives is of considerable policy importance.

This analysis first investigates the livelihood diversification behaviour of rural households in the Kagera region in Tanzania during 1991–94 and then compares it to a point in time ten years later in 2004. This approach enables examining how livelihood diversification changed over the 10-year period, as well as discussing the policy drivers underlying these changes.

The results indicate that accumulation motives explain the diversification behaviour of rural households in Tanzania more convincingly than survival motives — wealthier households were in a better position to diversify their incomes than relatively poor households. However, the situation of poor households improved as well. The key driver of welfare among the poor was entry into off-farm self-employment. Importantly, gaining access to public transportation enhanced livelihood diversification, while access to electricity, post and telecommunications, public transport and health facilities boosted household incomes. In sum, infrastructural improvements enhanced the income generation capacity of households in rural Kagera.

In rural areas, investments in infrastructure, and easier access to financial institutions and rural markets is also crucial to support diversification. Households of the poor need to be prioritized

However, one should not ignore the potential of poverty traps preventing relatively poorer households from transitioning to high-income generation activities. Policy effort, particularly in the form of investments in infrastructure and easier access to financial institutions and rural markets, should thus prioritize poor households with the aim of pulling them out of the trap.