On  25 October 2016, the Inclusive Growth in Mozambique project brought together key actors in macroeconomic policy management from the Ministry of Finance, the Bank of Mozambique, and Mozambican academia. The goal was to jointly reflect on the current challenges and future scenarios of the Mozambican economy. Background for discussion was provided in a presentation by Sam Jones of Copenhagen University, who is leading the technical support to the Ministry of Finance of Mozambique in this area. 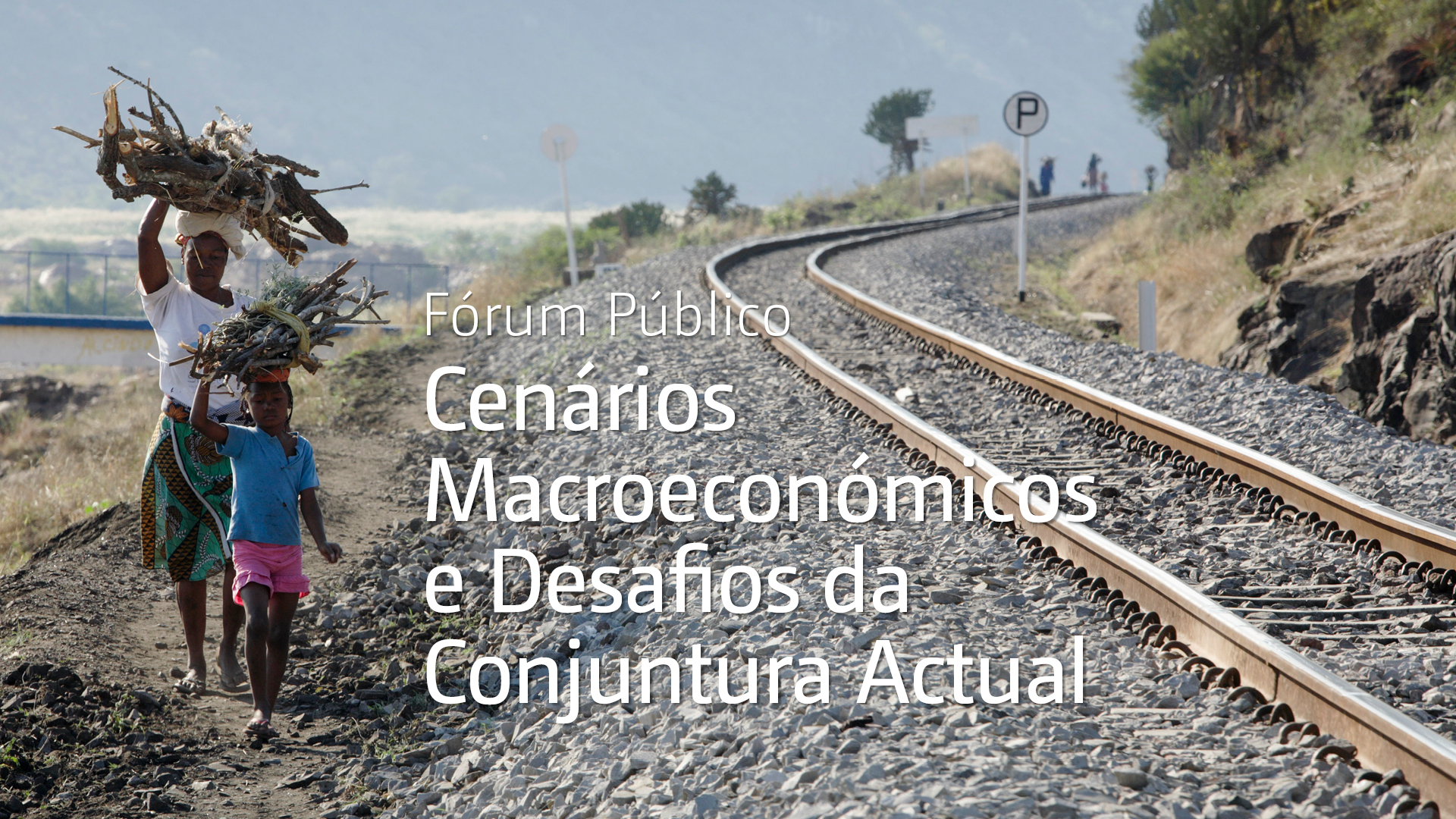 The forum took place at the Joaquim Chissano Conference Centre in Maputo, where more than 90 participants joined the debate. The popularity of the event speaks to the importance of the subject, in particular the present economic crisis and concerns around future scenarios for the Mozambican economy.

Increasing stability and economic opportunities after years of war

Sam Jones began by leading the audience through a short history of the country, setting the stage to the current economic challenges Mozambique faces. Scourged by an independence war over the period 1964-74, followed by what is known as the ‘destabilization war’, from 1977-92, only in 1993 did Mozambique start to see the prospects of peace and a peace dividend. However, the early period of reconstruction and recovery was one of severe inflation and economic volatility. From 2002-07 the country started experiencing a more stable and predictable macroeconomic path, with GDP growth rates averaging 7% per annum and an inflation rate nearing 10% each year.

The most recent period, 2008-15, was characterized by maintenance of stable economic growth, lower and controlled inflation, and strengthening of the country’s fiscal space, including increased public revenue and a reduction in the importance of external aid.

However this positive evolution was accompanied by riskier choices. Public expenditure grew faster than revenues, and was increasingly funded by external public debt. At the same time, large inflows of capital brought a consistent strengthening of the country’s real exchange rate, and a significant deterioration of the country’s balance of trade.

This confluence of factors led to three challenges:

Currently, Mozambique faces a situation where these risks have become very real. The country faces a high and persistent external debt service, a 50% reduction in international aid, added uncertainty over significant foreign direct investment projects, a persistently high current public expenditure, and a narrowing of its foreign reserves buffer.

Already the Mozambican economy is adjusting to this situation, with the doubling of the metical per US dollar since 2014 (a depreciation that the Mozambique Central Bank did not act to prevent), a compression in imports (particularly of consumption goods), policy measures that enforced cuts in public expenditure and investment, and slower economic growth, due to constrained aggregate demand.

One aspect of the technical support to the government under the Inclusive Growth in Mozambique project is to develop an updated macroeconomic consistency model. This is intended to enable more detailed planning and help assess the impact of macroeconomic shocks. Using this tool, Sam Jones presented a baseline scenario for the period 2016-21. It built on the current economic situation and added a set of assumptions:

If the external and internal markets and macroeconomic policy allow these assumptions to hold true, the model suggests the Mozambican economy can stabilize in 2018, with lower, but stable, external reserves, a more competitive exchange rate and lower external debt. A still high total debt stock will require nationally-held public debt to increase from the current 9% of GDP to 24%, in what is one of the most challenging results of the scenario.

Short-term medicine for a long-term, robust, answer to challenges?

The message — as also stressed by the IMF representative and a representative from the Mozambican Central Bank — is that adjustment is happening and that there is real political commitment to ensuring its success. Challenged by the audience, the panel acknowledged that the country’s structural challenges persist, and that policies to respond to the current macroeconomic scenario, in the short run, will not address all of them. The assessment is, however, that the current macroeconomic situation is fiscally and economically unsustainable and that the adjustment made through automatic mechanisms — together with political measures — their consequences, albeit painful, will leave Mozambique in a better position to face its long-run challenges, as soon as its economy stabilizes.

Poverty and wellbeing in Mozambique

Has the quality of Mozambique’s education been sacrificed at the altar of access?

Blog | Poverty and wellbeing in Mozambique
Blog | Some good news from Mozambique: poverty levels have been reduced
Blog | Has the quality of Mozambique’s education been sacrificed at the altar of access?

Effective taxation policies to promote equitable growth and development
Next

The COVID-19 pandemic has led to an exceptional social and economic crisis all over the world, with Africa among the hardest-hit regions. What are the most acute challenges facing the continent during and after the pandemic?...
What does COVID-19 mean for Africa?