The presence of European colonial powers in Africa has left a long-lasting legacy that has severely impacted their development trajectories. But what are the lingering effects of colonization on economic performance, in particular with regard to inequality? While clear information on many economic sectors is often difficult to obtain, it is possible to utilize income tax records in former British African colonies to further examine income inequality during and after colonization.

All British African colonies displayed a high level of income inequality, roughly double that of the United Kingdom at the time of independence.

Post-Second World War policy changes by the United Kingdom focused on the social and economic development of colonies; in many cases these reforms led to a decrease in inequality.

Inequality levels at the end of colonialism

While individual colonial societies undoubtedly displayed a great deal of diverse characteristics there was a high level of income inequality in all. At the time of independence, the levels of inequality in the former colonies were around double the levels in the UK, France and other Western countries. In Uganda, Kenya, Tanzania, Zanzibar, Malawi, and Zimbabwe the share of the top 0.1% of income earners exceeded 4%. Historically, all of the British African colonies recorded high figures for the top income shares, reaching a high of 35% for the top 1% of taxpayers in Zimbabwe in 1950.

It must be noted, however, that colonial income distributions have not remained static over time. In Kenya, Tanzania and Zambia, for example, top income shares fell during the post-Second World War colonial period. In Zimbabwe, the share of the top 1% fell to 22% by 1964. These changes could be in part due to a policy shift in British colonial practices: post-war policies began to focus on greater partnerships with the colonies to improve social and economic development. 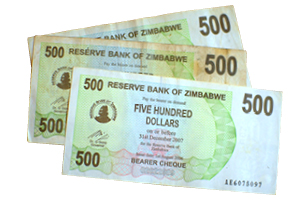 Colonial rulers initiated these partnerships following periods of unrest and the official acknowledgement that a great deal of poverty, disease and neglect persisted in many locations. This created a situation in which many colonies with considerable differences in top income shares experienced a marked convergence in the post-war years leading up to independence, albeit at a different pace in each location.

Over time, there were consistent falls in the concentration of top incomes in central Africa. In Zimbabwe, the fall was marked and continuing, whereas in Malawi there was only a decrease during the early post-war years. In Kenya, the shares fell only during the first half of the 1950s but then no further. In Ghana, the top shares were broadly stable over the 1950s, while the shares of top earners actually rose in Uganda and Zanzibar.

An overview of the colonies also reveals that elites were structured differently in many locations: elites in some places had greater relative advantages than other colonies. In the case of Zimbabwe, the Gambia, Kenya and Zanzibar, the relative advantage of those higher up was less pronounced than in other colonies. In contrast, Zambia displayed a much larger difference between those at the top and those at lower income levels. Malawi, Ghana, Tanzania and Uganda fell somewhere in between these extremes.

What was the impact of independence on inequality in former British colonies? In Uganda, Malawi and Ghana, there was a marked fall in top income shares following independence, whereas Kenya and Tanzania experienced a more modest decrease in top shares. After Zimbabwe’s independence in 1980, top income shares fell there as well. However, in Malawi and the Gambia, there was increased concentration of wealth post-independence. In post-independent Tanzania, Kenya and Zimbabwe, there was less concentration at the top earning levels and a redistribution of income in some cases.

While it is difficult to draw conclusions regarding the impact of colonization on income inequality and its subsequent implications on economic development, the data from taxpayer records do provide additional raw materials for the study of the colonial past. Future research can concentrate on examining how the colonial distribution of income relates to the economic and social history of the present-day countries, as well as how the imperial power’s policies have affected individual development trajectories.