The Role of Land

The increasing challenges posed by climate change mean that foreign aid can no longer be focused solely on development, but must also seek to promote the two connected goals of climate change mitigation and adaption. Land-based services have a role play in the achievement of both of these goals. They can be used to mitigate climate change through increased carbon sequestration, and large changes in infrastructure and irrigation will be required in order to successfully adapt to climate change. Given this it is important to ask what aid agencies can do to promote the effective use of land for the achievement of these two vital objectives.

1. Research into carbon sequestration
REDD+ is a programme which seeks to promote appropriate management of the world’s soils and forests through market mechanisms and financial incentives. Such management can contribute significantly to slowing the rate of CO2 accumulation in the world’s atmosphere. Looking forward, an optimist cannot help but believe that the world must reach a new agreement to limit greenhouse gas (GHG) emissions. 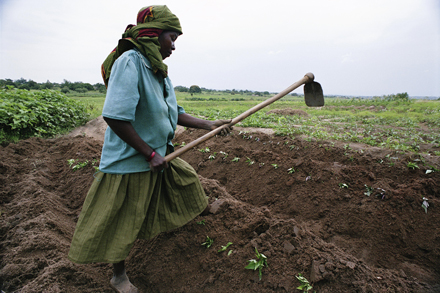 When this happens, REDD+ will be an important low cost option for achieving GHG mitigation. However REDD+ is still quite young, and relatively immature programme when it comes to effective implementation. Foreign aid could be used to fund case studies aimed at refining the way these programmes operate, and understanding the interaction between REDD+ and other mitigation options.

2. Land documentation
While REDD+ may never become a poverty-friendly programme, the opportunities for low-income communities and households to benefit from it hinges in many cases on their ability to document legal title to the land. Therefore investments in land titling today will position such communities to benefit in the future from such programmes.

1. Research
High on the list of public goods related to adaptation is research aimed at maintaining productivity of land-based activities in the face of higher average temperatures and increasingly frequent and intense weather events. However, research lag times are long, and these are hard problems to solve. They will undoubtedly require support beyond current levels.

2. Investments in irrigation
The institutions surrounding water management in many countries currently result in inferior allocations of what is becoming an increasingly precious resource. Reforming these institutions and assisting communities in finding ways to improve the efficiency with which they  manage their water resources is another area in which investments will bear high returns in the future. 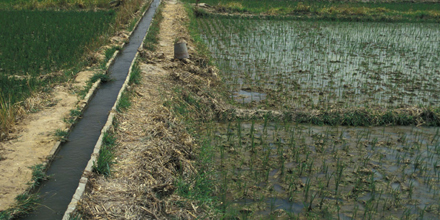 3. Investments in infrastructure
In the absence of successful on-farm adaptation to climate change, crop market volatility is expected to increase. This will make the ability to move commodities geographically in response to regional shortage particularly important. For this to be achieved adequate infrastructure is needed. This is an area of investment in which foreign assistance has a long track record. Such infrastructure investments should be accompanied by a set of market policies which emphasize flexibility.

4. Investments in information and decision tools
A lack of information about land use can make it extremely difficult for decision makers in developing countries to make intelligent decisions - whether it is a decision to lease land to a foreign company, or one focused on climate adaptation investments. Information is the ultimate public good, and this is an area where additional investment would pay large dividends – particularly for the poorest countries of the world.