​In the twentieth and early twenty-first centuries, debt crises have plagued low-, middle-, and high-income countries at various times. Indebted countries have generally addressed balance of payments crises either by (a) obtaining International Monetary Fund (IMF) emergency financing; or (b) negotiating debt-restructuring arrangements with creditors.

The IMF has generally met its counter-cyclical lending objectives.

The IMF has been improving in terms of providing adequate lending facilities and focusing conditionality on macro-relevant areas.

In contrast to the IMF, debt-restructuring practices have not improved over time despite attempts at collective action to revise current arrangements.

The evolution of the IMF: who is helped, and under what conditions?

Low-income countries have always required IMF funding (this category accounts for approximately 30 per cent of borrowers). Middle-income countries have also relied on IMF funds but did not become more substantial users of financing until the debt crisis of the 1980s in Latin America. Subsequent crises in emerging economies in East Asia in 1997, and then in Russia, South America and Turkey, necessitated further emergency funding for middle-income states. These emerging country crises comprised much of the IMF’s activities in the 1980s and 1990s. 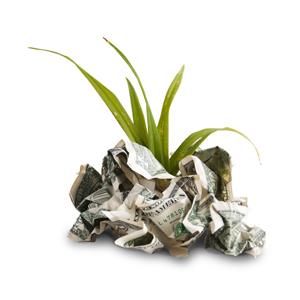 One key component of IMF financing has been the requisite conditionality that accompanies the allocation of emergency financing. Initially, countries could count on almost automatic funding from the IMF. At the urging of the United States, however, loans began to be granted with specific conditions in order to safeguard Fund resources and, in some cases, reflect the interests of more influential countries. In general, conditionality imposed contractionary macroeconomic policies on recipient countries.

In the 1980s and 1990s, the effectiveness of the structural adjustment programmes that had been attached to many loans was called into question. Concern over conditionality eventually led to much-needed reforms in the 2000s in which policies were revised to be more macro-relevant and country-specific. The most important advancement in this area occurred in 2009 with the elimination of structural benchmarks. This was particularly important as the stigma of structural conditionality that had been previously attached to IMF loans was finally removed.

While IMF financing is certainly useful for many circumstances, emergency lending of this type is not always feasible or advisable for two reasons. First, emergency lending may result in unsustainable levels of foreign debt. Second, it may generate a moral hazard for creditors involved in the bailouts, since emergency lending effectively means that official resources are used to bail out the private sector. Debt-restructuring—the process of renegotiating debt repayments, and sometimes reducing debt amounts—can therefore be an important tool to address more deeply entrenched problems with a country’s balance of payments.

The line between emergency lending and the option for debt-restructuring has typically been drawn between issues of liquidity and solvency. While emergency lending is particularly useful for short-term liquidity issues, more extreme situations of insolvency call for debt-restructurings with both official and private creditors to overcome serious issues of over-indebtedness. 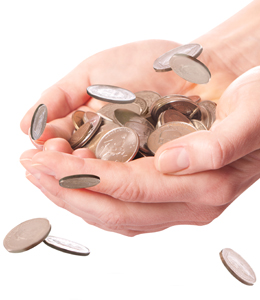 In the nineteenth and first half of the twentieth century, defaults and later debt-restructuring became common, reaching a peak during the Great Depression of the 1930s and subsequent restructurings. Debt workouts of that time did not change significantly until after the Second World War and the development of a new mechanism in the 1950s to renegotiate official bilateral debts. Although there have been numerous attempts at collective action since the 1970s, the Paris Club has proved inadequate and an official debt-restructuring mechanism has yet to be put into place to manage unsustainable debt burdens.

With no official debt-restructuring mechanism currently in place, it is imperative for some orderly process to be implemented in order to effectively and equitably manage debts. In order to administer debt workouts, a multilateral mechanism based on a sequence of voluntary negotiations, mediation and eventual arbitration with pre-established deadlines could be utilized (similar to the World Trade Organization’s dispute settlement process). With such an arrangement, the defaulting country would attempt to reach a voluntary agreement with creditors across different classes, including official creditors. In the absence of an agreement, the institution in charge would attempt to mediate or arbitrate the dispute and would also have the authority to request that creditors provide new financing for the country undergoing debt-restructuring.

Such a mechanism could be created as an independent body under the UN system or, even better, an amendment to the IMF Articles of Agreement could be ratified to create such a mechanism, so long as the mechanism’s independence would not be sacrificed. The workout mechanism would ideally act as a single system for debt relief.

A multilateral mechanism—based on voluntary negotiations, mediation, and arbitration with pre-established deadlines—is essential to improve the effectiveness of current debt-restructuring practices.

It would focus primarily on sovereign debts but could, in some cases, also be utilized for private sector debts that impact the overall balance of payments. It would also require three complementary mechanisms: an international registry of debt; a mechanism for creditor co-ordination for individual renegotiations; and a Sovereign Debt Forum that would involve not only governments and international institutions but also the private sector and civil society. The establishment of such a process would greatly improve the efficacy and equity of debt-restructuring initiatives.