Development assistance to fragile states and conflict-affected areas is a core component of peacebuilding. It includes support for the restoration of core government functions, delivery of basic services, the rule of law, and economic revitalization. Yet, while aid has been among the largest financial inflows to fragile states in recent years, its impact has been mixed. Better understanding of what works and why thus remains a core challenge for development researchers and practitioners.

Development assistance to fragile states and conflict-affected areas is a core component of peacebuilding, but it has had mixed success

Context matters, but various commonalities of programme design and management can be identified across multiple contexts

Our initiative, ‘Good Aid in Hard Places: Learning from What Works in Fragile Contexts’, offers new answers drawn from collective consideration of eight in-depth and critical case studies of aid-supported efforts widely described as ‘successful’. Spanning multiple domains and regions, our initiative points to three sets of factors as important in understanding why some aid efforts work better than others: the area of support, conducive local context, and programme design and management.

While state-building is core to peacebuilding, and all development initiatives involve the state at some level, some initiatives are more autonomous from the state than others. Relatively discrete initiatives — such as childhood immunization campaigns run by international agencies — offer one example of such initiatives. At the other end of the spectrum are initiatives aimed precisely at reform or capacity-building of state institutions, such as police and security sector or public financial management (PFM) system reform. 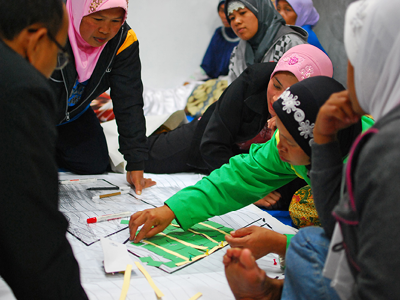 In efforts to support state-building, aid partners do have some room for maneuver. For instance, some initiatives can be structured to work in whole or in part through collaboration with non-governmental or sub-national partners, sometimes alongside national state agencies. Examples from our research include community-driven development efforts like Afghanistan’s National Solidarity Programme and Yemen’s Social Fund for Development; UNICEF’s collaboration on education with local communities in Somalia; and the Judicial Facilitators Programme in Nicaragua. Evidence suggests that such efforts over the long term also may support extension of the state’s administrative reach and more transparent, participatory state processes.

Working through ‘pockets of efficiency’ to mitigate weaknesses in the state bureaucracy is another option. Examples from our research include the use of a ‘parallel public service’ to support high-level policy development, planning, and implementation in the process of PFM reform in Sierra Leone, and the use of ‘embedded’ external advisors within core government ministries in transitional Somalia.

Among the components of local context that speak most strongly to the ‘ripeness’ of particular situations for reform are windows of opportunity and the existence of local supporters or champions.

Major events such as the cessation of conflict or the election of new leaders can provide windows of opportunity for institutional change that might not otherwise have been possible. Changes in one area also may facilitate changes in others. For instance, post-conflict security sector reforms in Liberia, which involved deactivating police officers and inviting them to re-apply for the new service, provided an opportunity to bring in new recruits and build a new policing culture.

It is also notable that some form of country ownership — whether at the level of national government, sub-national government, or non-state actors — is evident in all of the successful cases explored in our research. The majority of our cases are in fact largely national reform processes, with local champions, supported by foreign assistance, rather than donor-initiated or donor-led efforts. 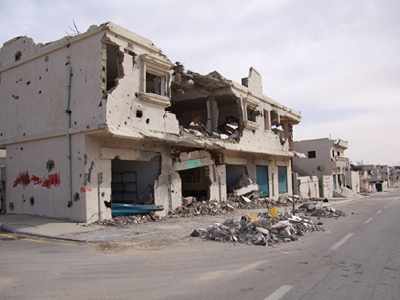 Donors for the most part cannot directly ‘create’ or engineer a conducive local context. But they can take into account such factors, for instance in the timing of initiatives and the assessment of project viability.

This third set of factors is the most directly within the control of development administrators and thus among the most clearly transferrable elements of ‘successful’ aid. While a key principle of aid effectiveness concerns the importance of taking local context into account, some models can provide useful starting points for initiatives across multiple contexts. Examples include community-driven development, community-based paralegals, and conditional cash transfer programmes.

Other important and transferable aspects of programme design and management relate to internal organizational mechanisms that allow for continued operations during periods of crisis. For instance, Yemen SFD’s flexible mode of funding helped to make possible continued activities during the country’s 2011 crisis.

Design and management elements that allow for enough flexibility at the local level for responsiveness to local context and priorities are highlighted in many of our cases. These elements in practice appear similar to Matt Andrews, Lant Pritchett, and Michael Woolcock’s call for a ‘problem-driven iterative adaptation’ (PDIA) approach in development initiatives.

Challenging as working with fragile states may be, aid partners must grapple with the significance of state-building for peacebuilding and find innovative ways to support state capacity and legitimacy

Aid partners cannot directly engineer a conducive local context, but they should take it into account, including in the timing of initiatives and the assessment of project viability

The collection of studies in our ‘Good Aid’ initiative provides critical assessment of broadly ‘successful’ aid-supported efforts in particularly challenging environments. While all illustrate major challenge in development assistance for peacebuilding, they also collectively suggest some promising ways forward.