Research Brief
The Development Process – The Problem of Imitating Success

One important aspect of the development process is the building of the human capacity. Institutions and infrastructure are important but a skilled, educated workforce is required to carry out basic functions such as policing, security, regulation, and core service delivery. Developing this capacity is a difficult task and is not likely to be achieved in a short amount of time. Despite this, billions of dollars are spent each year on short-term programmes designed to achieve the impossible.

While modern development discourse espouses the idea that different countries require different solutions, there is still an overemphasis on imported—one size fits all—solutions. This approach not only fails to develop state capacity, but also slows the process by encouraging developing countries to adopt predefined solutions which focus on form over function, and thus neglect the importance of experimentation.

Development practice continues to operate on the assumptions of an outdated theory of modernization. This is at least part of the reason for lack of progress in terms of developing human capacity in developing countries. This theory of modernization sees development as a process through which a country undergoes four interconnected transformations related to the more productive economy, a more democratic polity, a more just society, and more professional administration (figure 1).

In the 1950s and 1960s many believed in the idea that history was unfolding towards an inevitable end state and that the occurrence of these transformations was simply a matter of time. Communism for those on the left, and capitalism for those on the right would inevitably lead to the uniformity of institutional forms. Thus modernization theory stated that the best way to speed up development was for countries to skip some of the process of modernization by copying those countries further along the path.

Very few development professionals still subscribe to this view. The development discourse is now focused around the idea that one size fits all and silver bullet solutions simply do not work. Instead there is a general consensus that context matters, and that developing countries themselves should be in control of their own development process.

However the rejection of modernization theory in principle has not led to the abandonment of the practices it recommends. Many projects still operate on the premises that development can be accelerated by importing 'best practice' models from developed to developing countries. This approach does not effectively promote the development of human capacity as while donors and recipients may believe they are importing both form and function, successful outcomes are often judged by form alone and thus appearance is emphasized over substance.

In order to understand why this kind of approach to development continues to be prevalent we need to understand how countries mask their non-accomplishment. A technique called 'isomorphic mimicry' is often used to sustain the legitimacy of institutions in developing countries, even when these institutions cannot demonstrate expected accomplishments. 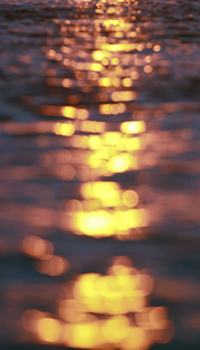 There are two main ways members of organizations can demonstrate their legitimacy. They can either appeal to demonstrable accomplishments such as their ability to fulfill their intended role in an effective manner, or just point at the fact that their organization looks like other similar institutions around the world, which are seen as legitimate, and claim this similarity makes their institution legitimate by proxy. This second approach can be termed 'isomorphic mimicry’; developing countries often use this technique to sustain legitimacy by imitating other successful modern institutions without actually developing the functionality of the institutions they are copying.

The role of the development community

The goal of development policy should then be to ensure that demonstrable accomplishments, rather than isomorphic mimicry, become the mechanism through which legitimacy is sustained. However the process of isomorphic mimicry is currently encouraged by the traditional development practice of importing structures that have been successful elsewhere. This is due to the fact that development practitioners often try to achieve this goal by making aid disbursements conditional on countries implementing certain reforms. These conditionalities create a disincentive for experimentation. Organizations that deviate from approved forms may face sanctions, even if this deviation is demonstrated to have positive outcomes.

A concern with isomorphic mimicry does not translate to all areas of development. If a cure for cancer were discovered they would not advise against developing countries adopting this predefined solution. The problems associated with isomorphic mimicry occur precisely when the search for a predefined solution actually detracts from attempts to find new ways of solving the specific problems at hand. Importing a solution that has proved successful elsewhere diminishes the potential for novel approaches to unique problems to be developed and tested.

The key question for development practitioners looking to implement policies that will help build human capacity is how they can facilitate the creation of context-specific institutions and incremental reform processes.