Political decentralization has been part of the democratic process in Uganda. As a result of this local councils  might naturally end up being under the control of the opposition or the National Resistance Movement (NRM), which is currently in government, How the situation of vertically divided political authority affects urban service delivery by local governments is a pertinent question, especially since Uganda’s decentralization policy grants local governments responsibility for local service provision in many critical policy areas, including health, water and sanitation, solid waste management, education, and roads. A comparison between the treatment received from the central government by the opposition controlled Kampala City Council (KCC) and a neighboring council Entebbe Municipal Council (EMC), which is NRM controlled, reveals a complicated political dynamic. 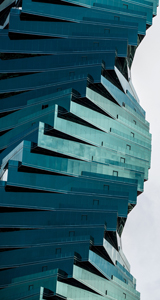 The KCC regularly complains that it does not receive the funding necessary to provide adequate services to its electorate; Ugandan’s capital city, Kampala. Some within the KCC have suggested that the lack of funding might be due to the national government's desire to make the opposition purposely look bad by depriving them of the necessary resources needed for the production of these services.

The idea that local councils run by the national opposition party receive fewer resources has become part of conventional wisdom in Uganda. At first glance this is not borne out by the data. In fact as the allocation formula for some government grants is based on population and level of development, or the number of services already in place, KCC receives significantly higher releases than the EMC.

However, when looking at government releases per capita a different picture starts to arise. On average the EMC receives five times the per capita funds compared with the KCC. Furthermore the per capita transfer for health care development is twelve times higher to the EMC than it is to the KCC. However when comparing the EMC to other opposition cities, the difference is significantly less stark. It seems then that the fact that the KCC receives significantly less funds per capita than other city councils may be motivated with the wish to strengthen the NRM and not a direct result of attempts to diminish the status of the opposition party.

Similarly, the politicization of tax policy, including elimination of, and restrictions on, the use of certain taxes has had a notable effect on local governments’ revenue.  For example, in 2004 President Museveni fulfilled an electoral promise and eliminated a progressive taxation in the form of the so-called graduated tax. Previously one this tax was one of city councils’ most important own revenue sources, the elimination of the tax had a negative effect on all councils, but particularly on urban councils, which do not receive central government funding for services such as solid waste management.

Urban councils were also disproportionately affected by changes to the law governing property taxes. The new law meant that taxes could only be collected from rental or commercial properties, undermining a critical part of urban councils’ revenue base as many urban properties are owner-occupied. However, as both the EMC and the KCC were affected by this change it is hard to view it as a partisan move.

Despite popular perception bias in funding mechanisms is not as prevalent as is often thought. Two instances of direct interference in local decisions have resulted in KCC loosing political authority - interference in how land is used, and interference in the actual structure of the local government.

In Kampala, the central government has influenced land usage in a number of ways. For example, efforts by the KCC to control illegal construction in the wetland areas of Kampala were completely undermined by the building of a sewage plant in that area by the central government. Similarly, the KCC were forced to sell the land upon which their vehicle workshop sat to a private company.

A much more direct form of interference in local government occurred in 2009 when the Parliament passed the Kampala City Act, which replaced the KCC with a corporate authority, the Kampala Capital City Authority (KCCA).. Executive power within the KCCA is vested in an Executive Director directly appointed and accountable to the President, effectively stripping the power away from most locally elected politicians.

Partisan politics cannot be directly blamed for, and is not the only reason for, the poor performance of the KCC, however it can be seen as providing the motivation for the creation of the KCCA. The KCCA both enables the NRM to exert greater control over important decisions in the capital and allows them to take credit for any visible improvements in service delivery.